Microsoft has released their SkyDrive for iPhone app, as noted on their Inside Windows Live blog. This app allows all Windows Live users to take advantage of free cloud storage, similar to DropBox, and also features from iCloud:

On the iPhone, we’ve taken the next step by making the new SkyDrive app for iPhone available in 32 languages worldwide. In addition to their OneNote notebooks, iPhone customers can now access all of their files in SkyDrive, create folders, delete files, and share links to folders and files directly using the Mail app.

SkyDrive from Microsoft is the place to store your files so you can access them from virtually any device. With SkyDrive for the iPhone, you can now easily access, manage and share files on the go. You can also upload photos or videos from your iPhone to SkyDrive.

Features:
•Access all of your SkyDrive content including files shared with you
•View recently used documents
•Upload photos or videos from your phone
•Share a link to any file using email
•Create folders. Delete files or folders 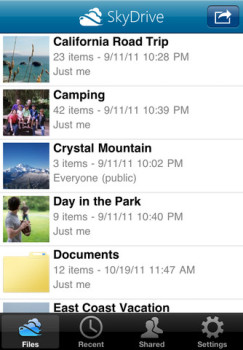 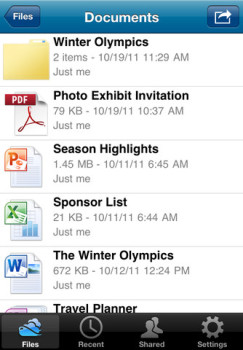 Here’s a video demo of the app:

Back in June, Microsoft released an update for the OneNote iPhone app to make it available to Canadians (the US release was back in January).