Recently I was taking a look at Joke applications available on the AppStore and I came across this one called “Jokes!”. It is actually from the makers of the “Speedcams: Canada” app, so I took a closer look.

Jokes! has a whole range of various types of jokes with atleast over 500 in total. The various categories of jokes include Blonde Jokes, Yo Mama Jokes, Lawyer Jokes, Animal Jokes, Chuck Norris Jokes, and many more. However while most of the jokes are quick one-liners, many of them are of the story kind as well and what I really like about this application is that it’s a local database of jokes. In other words, I do not have to remember all the jokes because they are all on my iPhone! 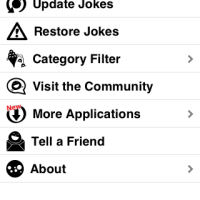 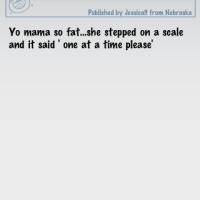 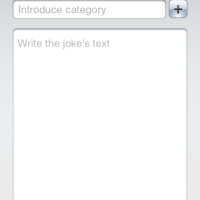 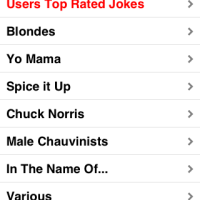 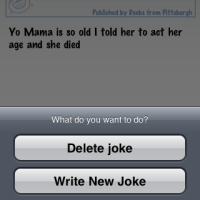 One of great functions with this application is the ability to upload your own jokes. Since most of the jokes are user generated, you get a very diverse set of jokes. However, because the jokes are user generated, I very much like that the app includes the ability to rate jokes. Each joke can be rated either ‘Liked’ or ‘Disliked’ right from the app.

Jokes! also includes a favorites list in which you can tag jokes that you really like and save them to your favorites. Since the jokes are local on the app, you do not necessarily need any kind of internet connection but the app gives you the option to update the jokes, as new jokes are added every day. So to update your library of jokes, you will need either a 2G/3G or WiFi connection, but other than that, the apps joke library is completely local and does not require any internet connection.

I have a promotional code for Jokes! that I would like to give-away to you guys. All you have to do is post a joke below! Make it funny. I laugh = you win. Contest runs until 11:59PM tonight!

For everyone else, you can check out Jokes! in the iTunes AppStore for $1.99.

***If you enjoy reading my posts, please click here to Support our blog by donating!***