Skype Update for iOS 4 Now in the App Store

The moment we’ve all been waiting for is finally here. Skype has been updated for iOS 4 and it’s now in the App Store (it was previously updated for 3G calling). This means that you can now receive calls in the background via Skype. If you’re on a Skype $3/month subscription plan (unlimited calls to landlines in Canada/USA), you’re going to be saving a lot of money!

Run Skype in the background with multitasking in iOS4. Receive Skype calls and IM while other apps are running or when your iPhone is locked. You can also continue your call while you switch to another application. Multitasking is available only with iPhone 4 and iPhone 3GS.

Skype To Cancel Plans to Charge for 3G Calls Next Year!

According to Peter Parkes:

At Skype, we believe that better call quality and better availability (which is achieved with an app capable of multitasking and/or making calls over 3G) lead to increased call frequency and longer calls. We also believe that the mobile world is in a period of significant change, for example, with some operators starting to move to tiered pricing models.

In light of that, we no longer have plans to charge a supplement to make calls over 3G. Weâ€™re delighted to make it easier for you to talk for even longer and do even more together using Skype.

When will video chat be available for Skype? Guess we’re going to have to wait once again.Â This update is available now.Â Go get it (iTunes link)! 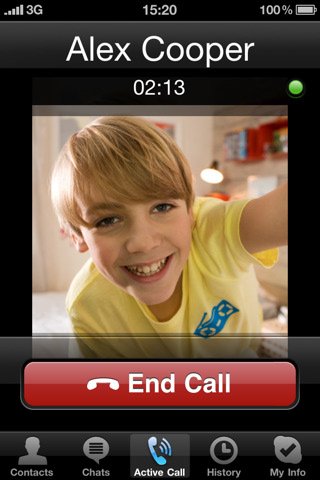 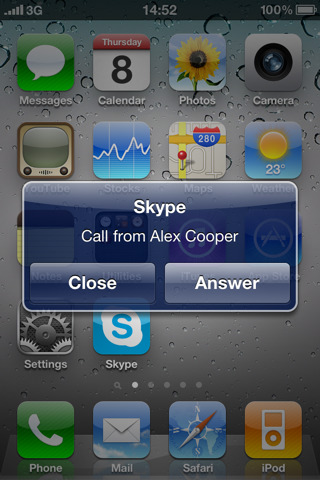 [When Will Apple for the Skype 3G update]