SmugMug this morning released their free app Camera Awesome. In the crowded world of photography apps, how is this one different? Well for starters Camera Awesome has some built in features such as cloud backup to SmugMug, which will really appeal to existing users, along with a plethora of other features not found in other apps.

In a nutshell, Camera Awesome offers the combination of 36 free special effects (tonnes more available, but they are in-app purchases), filters, textures, presets, frames and an ‘awesomize’ function to quickly boost the quality and creativity of your shots. The app has been built for speed and when snapping pics they just appear into the gallery instantly, rather than indicating a shutter delay.

For picture composition, the inclusion of a leveller for the Horizon is pretty neat. There is also Thirds, Golden, and Trisec. You can snap pictures with the volume up and down buttons, and when tapping the screen to focus there is a nice focus ‘beep’ reminiscent of your dSLR camera. Camera ‘fx’ can be chosen right as you snap pictures too. Pictures will have location data along with shutter speed, focal length, aperture, and ISO details.

Camera Awesome also takes video, and can thus act as a replacement for the iPhone’s camera, although you would probably have to really love it to for this to happen. One winning feature is the 5 second buffer that can be enabled to pre-record when you’re waiting for those action shots to happen. This feature is the basis of the paid app Precorder, which we’ve previously reviewed. 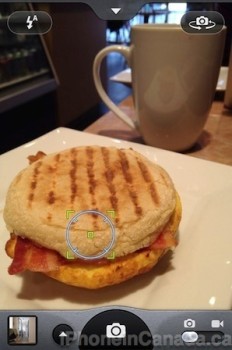 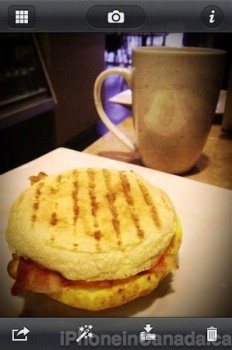 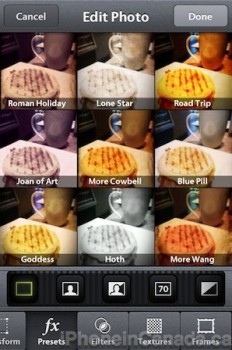 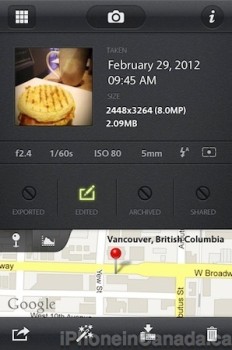 Camera Awesome offers some pretty decent value considering it’s free. The 5 second video buffer is a winner here in my books and also its ability to snap pictures quickly plus the numerous social sharing options. This app is…awesome (sorry had to say it).