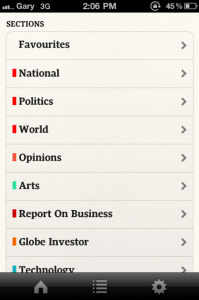 The Globe and Mail has been releasing its own dedicated iPhone apps recently, compared to the first collaboration with Spreed. A previous edition we’ve looked at was the Politics edition.Â The latest to hit the App Store is The Globe and Mail: News edition, which went live today.

The layout is simple and easy to read, and the app features ‘pull to refresh’ on the main page. You can customize which sections you want to see on the main page, plus there’s the ability to share stories on twitter/facebook. You can also change text size.Â

OneÂ design featureÂ I like is how section coloursÂ match those of the Globe and Mail website. It makes it very easy for me to quickly find the sections I want. As for improvements,Â I’d like to see Instapaper integration sometime in the future. 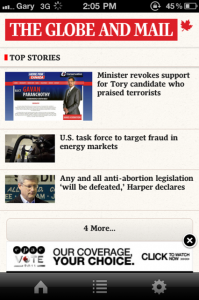 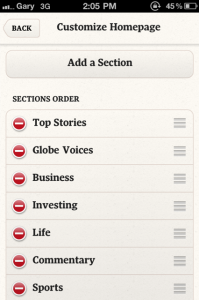 The Globe and Mail: News app is free. Click here to download, and let me know what you think!