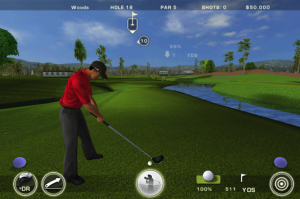 Tiger shot 6 under today, and just put himself into contention for the weekend. It’s going to be fun to watch from my iPhone via the TSN Masters app.