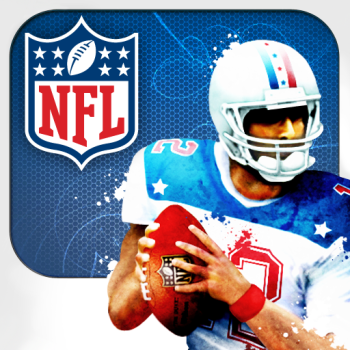 I’m starting a new monthly feature called Time Waster of the Month, or TWM for short. Every month I’ll give you a look at an app that I can’t stop playing and that I feel is worth the download.

With the Super Bowl set for this Sunday, I figured the perfect way to launch this series is with a look at NFL Flick Quarterback.

This is a simple, straight forward game where you’re the quarterback, and the goal is to complete as many passes as possible without throwing incompletions, interceptions or being sacked.

There’s also a couple of skill modes where you have to throw the ball into giant trash cans, all while trying to compensate for the wind.

What are some of your best scores? And who do you think is going to win this year’s Super Bowl? My money’s on New England.