Shaw’s Freedom Mobile has been putting pressure on Canada’s ‘Big 3’ wireless carriers by offering generous data plans, which sparked Rogers to debut no overage plans, which have since been copied with promos from Bell and Telus.

On the weekend, internal documents seen by iPhone in Canada detail how Freedom Mobile responded to the Rogers, Bell and Telus offerings.

Freedom Mobile details, “as a response to the new plan pricing and offers that our premium competitors have introduced this week,” there’s now a 5GB bonus on plans $60 or higher (instead of previously 4GB), beginning on Saturday, June 15, 2019.

The document says customers activating or performing hardware upgrades (postpaid or prepaid) on the following plans will now get a 5GB data bonus, on top of the data that comes with their plans, which come with unlimited talk and text:

The document says 20GB plans will now get 25GB of data “permanently” for existing and new customers, as of Saturday, June 15, 2019. 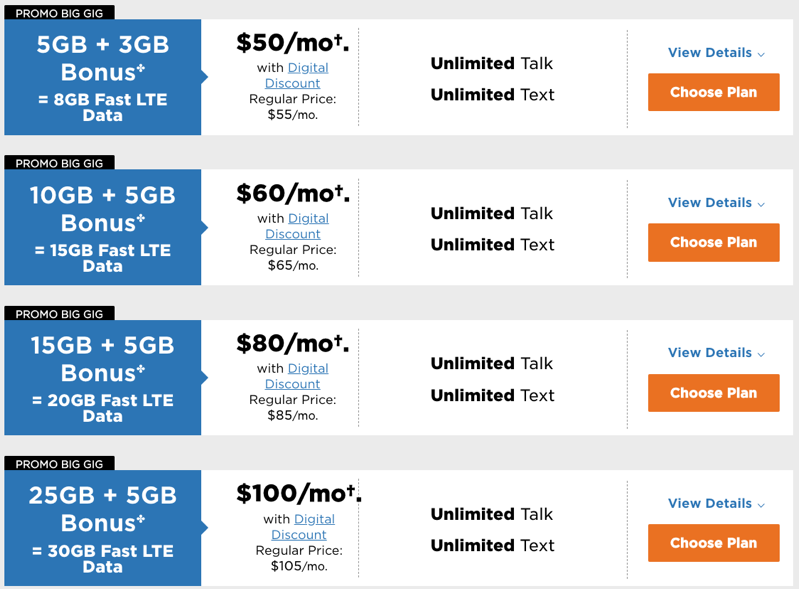 Rogers, Telus and Bell currently offer $75/10GB and $95/20GB ‘no overage’ plans. Once your initial data is used up, Rogers and Bell throttle your data down to 256 kbps, while Telus at 512 kbps (as announced this morning).

Freedom Mobile says “select grandfathered rate plans” are also eligible for this data bonus offer if they are completing a hardware upgrade.

Freedom Mobile is set to expand to new locations in B.C. and Alberta this summer.