Looks like Telus has expanded their data plan offers and have launched three new prepaid data plans. The three new add-ons are available without a contract to prepaid customers. So if you have an iPhone, for example, and no contract (purchased iPhone outright at Apple?) with Telus and instead use prepaid, you can now add […]
Ex
11 years ago 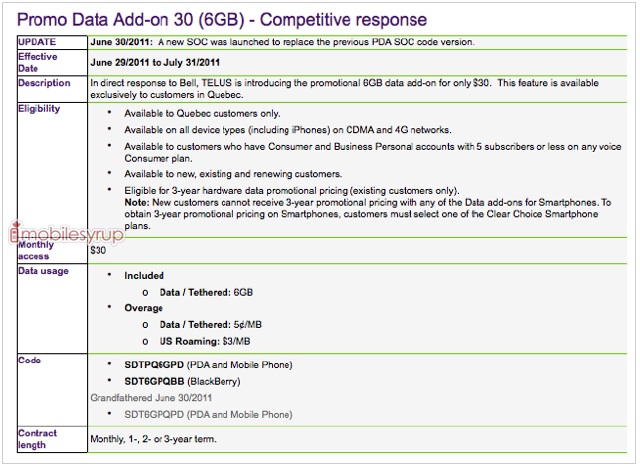 In late June, we reported Quebec’s Videotron launched a $30/month 6GB data plan. Such data plans originally popped up from the ‘Big 3’ carriers as ‘limited promotions’ during the times of available iPhone upgrades. For those unaware, the first introduction of the 6GB plan was back in 2008 when consumers dismissed Rogers’ initial iPhone data […]
Gary Ng
11 years ago

Telus To Reduce Roaming Rates By Up To 60%

For those using Telus service for your wireless needs, you will be happy to know that as of June 27 Telus is reducing their international roaming rates by up to 60%! The upcoming changes are as follows: Western Europe, Mexico, Oceania Voice roaming – $1.50/minute (25-50% savings) Data roaming – $10/MB (60% savings) Middle East, […]
Ex
11 years ago 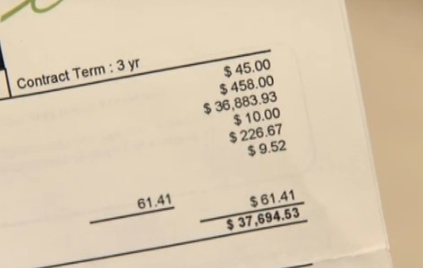 Update 1: More info via this CTV news article. Looks like Telus cut her off, then she called to get it turned back on. Ouch. But Telus spokesman Shawn Hall says that the phone company noticed a spike in Fero’s data use almost immediately after she left Canada. The company cut off her service, and […]
Gary Ng
12 years ago 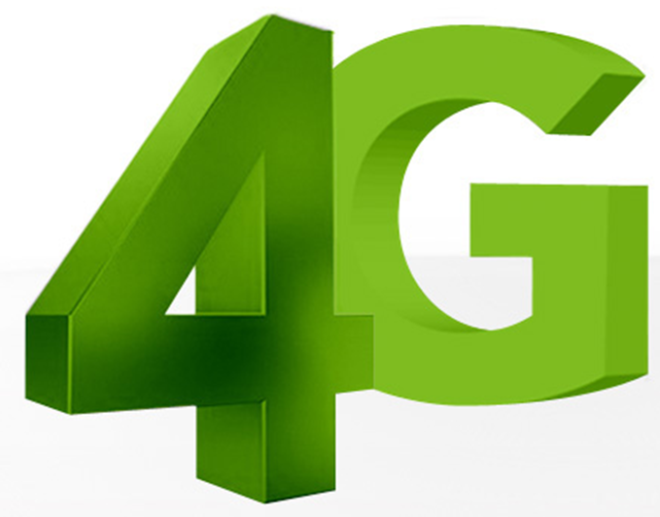 In December 2010, Telus announced they will be launching HSPA+ Dual Cell technology. This technology doubled the Telus data network speeds from up to 21Mbps to up to 42 Mbps, with a roadmap for true LTE in the near future. This week, the Canadian wireless company announced the launch of their 42 Mbps 4G network […]
Ex
12 years ago 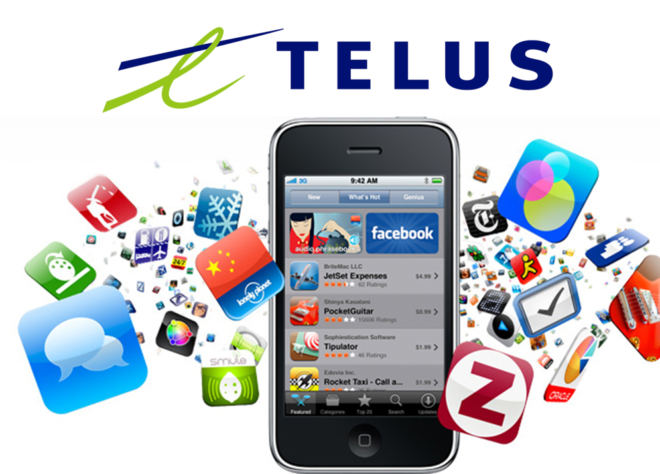 Looks like Telus is ready to spread some holiday cheer to 7 lucky Canadian cities. They will have 10 cabs offering free rides in each of the following cities: Calgary Edmonton Vancouver Toronto Montreal Regina Saskatoon The free cab service will operate from 11AM – 11PM, and passengers will also get a free holiday call […]
Gary Ng
12 years ago 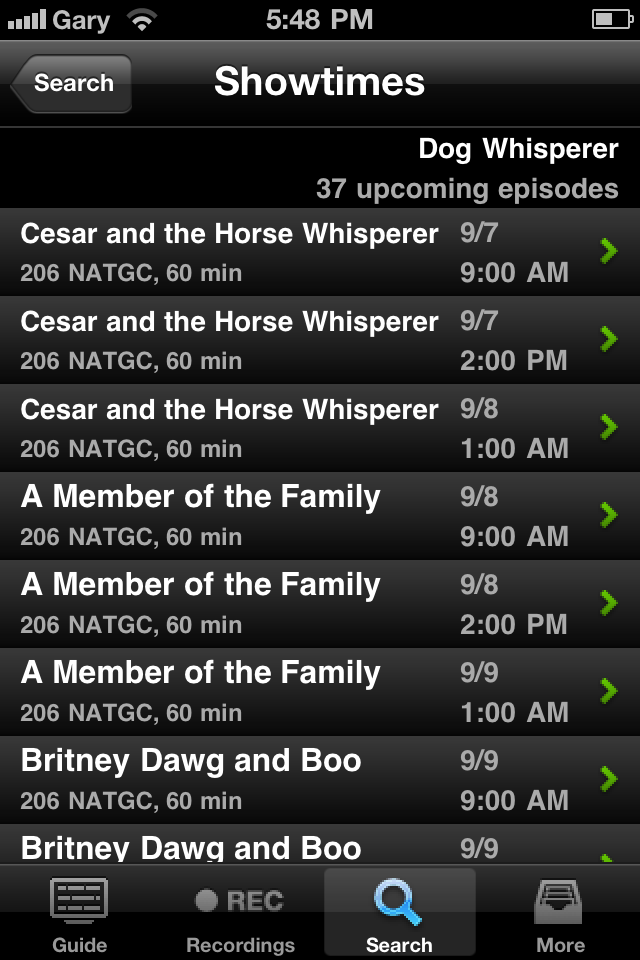 So a while back we switched over to Telus Optik from Shaw for our internet and cable service at home. Telus had some aggressive pricing for their new Optik service in our area so we jumped ship away from Shaw. About a month ago Telus released an iPhone app for Optik subscribers to control their […]
Gary Ng
12 years ago 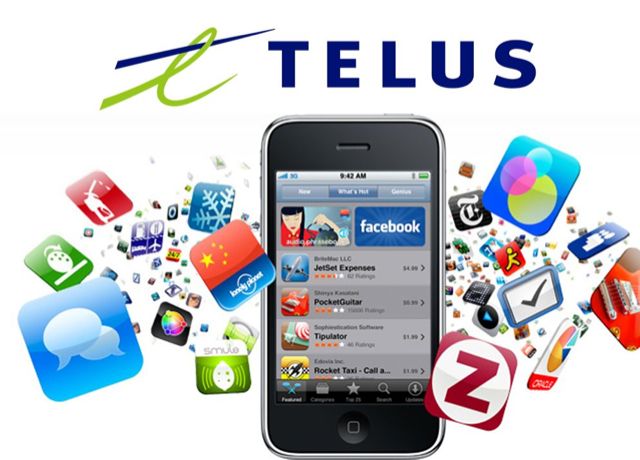 As of November 5, 2009, the four major Canadian wireless carriers consisting of Rogers, Fido, Bell, and Telus are all finally running HSPA+ with network speeds of up to 21Mbps. For a country that is traditionally viewed as behind the technology curve, I feel pretty good about this. Not only do our four main carriers […]
Ex
13 years ago

Bring on the iPhone “competition” in Canada, eh! Looks like Bell has started airing their own iPhone commercials on TV. The following commercial was aired on G4 Tech TV, and was ripped by the one and only, RoryPiper. This branded iPhone commercial only shows Bell at the end, with no mention of Rogers, Fido, or […]
Gary Ng
13 years ago

Verizon’s Attack Ad on the iPhone and AT&T

In the USA right now, Verizon Wireless is on a full front assault right now on the iPhone and AT&T. They are pumping millions into a marketing campaign that is exploiting the “weaknesses” of the iPhone, but more importantly the lackluster 3G network of AT&T (oh, and also promoting the Motorola DROID). Verizon’s Clever Attack […]
Gary Ng
13 years ago 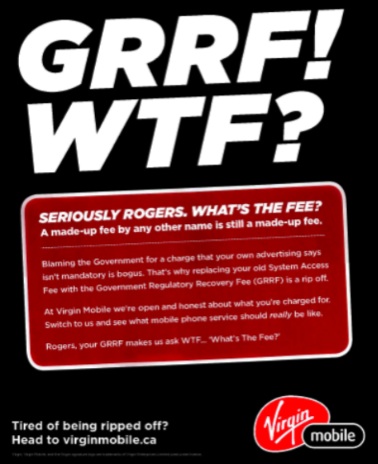