According to images shared by On Point Music co-founder Rich on Facebook, the black Model Y seen on Ossington Avenue on Sunday sports a roof rack with basket, along with 19-inch Gemini Wheels (with aero covers). 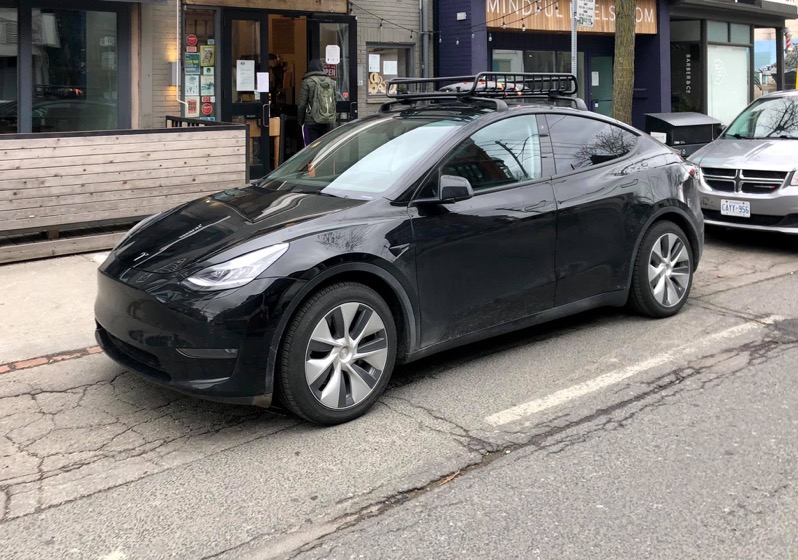 The Black Model Y looks to be a Dual Motor AWD Performance model without the added Performance Upgrade and also a black interior. 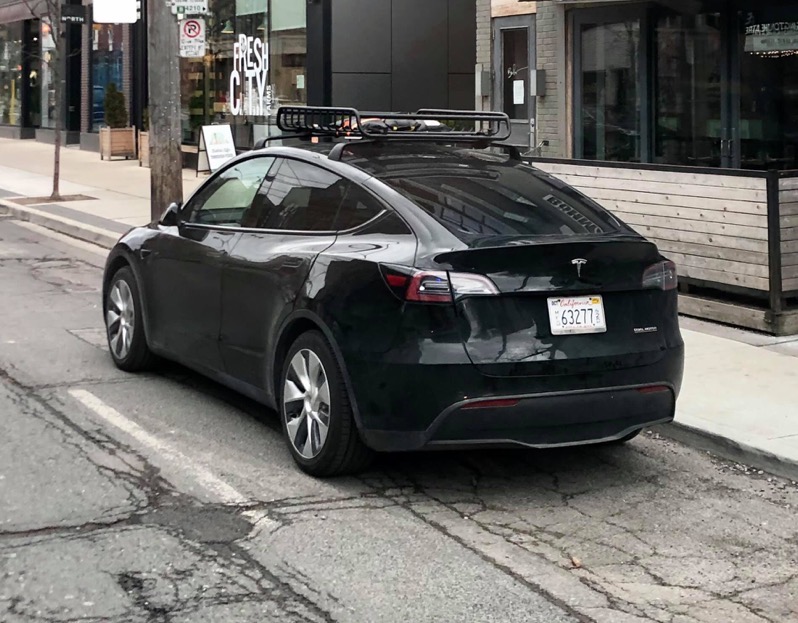 You can see another image of this black Model Y shared by Andrew McMahon on Facebook: 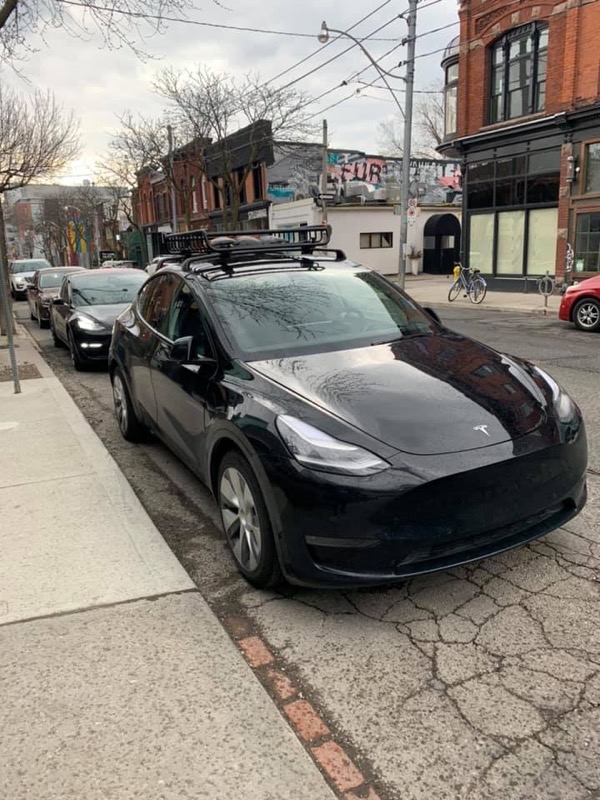 The Model Y was parked outside Bang Bang Ice Cream & Bakery on Ossington Avenue. The California license plate ‘63277’ matches the same Model Y spotted at the Vaughn Tesla Service Centre last month, but with a different coloured interior (black instead of white).

Tesla’s website still lists the Model Y with a “mid-2020” delivery period in Canada, despite the company’s factories on COVID-19 lockdown. A recent price increase saw the starting price of the Model Y increase by $3,600 CAD to $75,990 CAD, due to the lowering Canadian dollar, which also affected the Model 3, Model S and Model X.