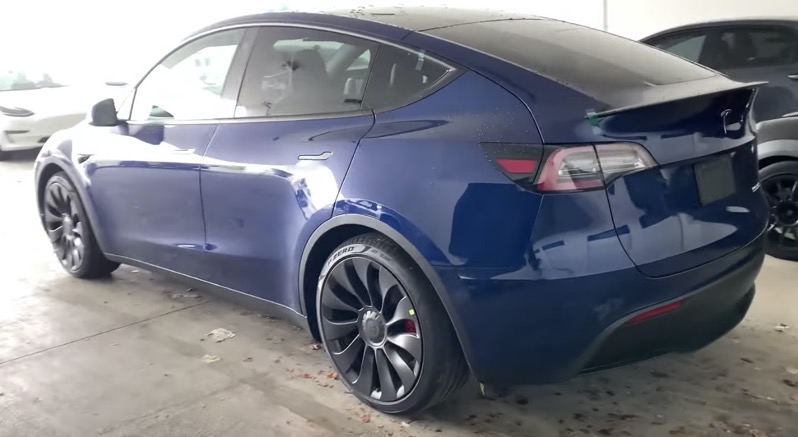 Tesla delivered its first Model Y compact SUVs yesterday to customers in the United States and as expected, the first video walkthroughs have hit the web.

One of the first videos comes from Ben Sullins from YouTube channel Teslanomics, which was able to gain access to a Model Y during the delivery process.

The video details a blue Tesla Model Y Performance model and shows off the 21-inch Uberturbine wheels and also the electric vehicle’s massive trunk and other storage.

Again, the video by Welsh is more thorough, showing actual legroom in the rear seats in his blue Model Y Performance model with 21-inch Uberturbine wheels. You also get great views of the large panoramic roof which lacks the middle pillar seen in the Model 3, while glimpses of every nook and cranny of the Model Y.

Tesla also released its Model Y owner’s manual yesterday, revealing the compact SUV has a heat pump for efficient heating in the winter, plus also full dimensions, and other goodies like built-in wireless charging for two smartphones and USB-C ports for rear passengers. Oddly, no rear cargo cover is included, exposing everything in the trunk, while Homelink is not included either. Tesla’s website previously mentioned Model Y would include a “location aware automatic garage door opener.”

For Canadian Tesla Model Y orders, most are currently at the “preparing for delivery” stage, ahead of a deliveries set for “mid-2020” according to Tesla’s website.