Tesla has started construction of the first Supercharger in Manitoba, located in Brandon.

According to @TeslaOwnersSK, an image was posted of the Tesla Supercharger in Brandon: 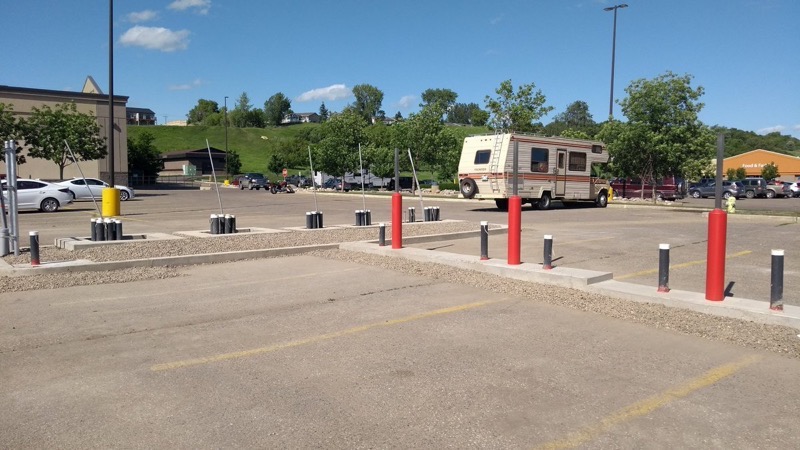 The charger appears to be in front of the Ashley Furniture HomeStore store on 925 18th Street North, in Brandon.

The installation looks to be a Tesla Supercharger v3, similar to other ones seen in Saskatchewan and Ontario.

Tesla has four Superchargers planned for Manitoba, with Brandon, Portage la Prarie, Reynolds and Winnipeg noted as “coming soon” on their website.

Tesla’s plan to install Superchargers along the Trans-Canada Highway will allow for owners to drive across the country. The prairie provinces of Saskatchewan and Manitoba have yet to see a Supercharger go online, but that will soon change. Tesla still has gaps in coverage in Western Ontario.

Back in June, construction began on the first Supercharger in Saskatchewan in Moose Jaw. With Brandon in Manitoba next, Tesla owners will be able to Supercharge in the prairie provinces.