A few months ago, Tesla CEO Elon Musk and Jay Leno were seen driving a Cybertruck in downtown Los Angeles. As you might have guessed, the pair were recording a segment for an episode of Jay Leno’s Garage. 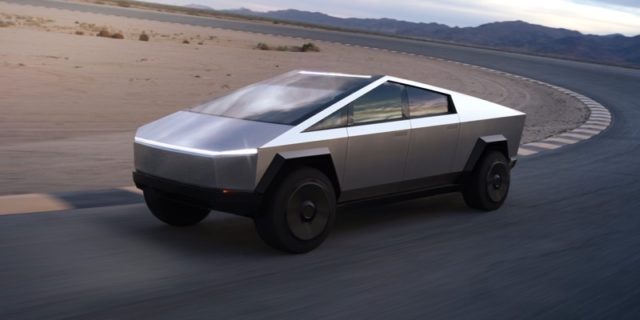 Now, in a promo for the said episode, the Tesla CEO lets the former late-night host take his company’s latest invention, complete with armoured glass, for a spin on the streets of Los Angeles.

The snippet begins with Leno asking how the final production car might differ from the prototype they’re driving in. Never one to shy away from disclosing information, Musk bluntly said that the current prototype is 5 percent too big.

“It’s got to fit in a normal garage,” Musk said. When Leno asked about the makeup of the windshield, Musk said Tesla would be using a type of armoured glass. And because Musk has a flair for the dramatic, he said that the Cybertruck’s door handles are made out of stainless steel so strong that they¡’re effectively bulletproof to a handgun.

“Why is that important, for it to be bullet-proof?” Leno asked.

Musk replied: “Because it’s badass and super cool. I mean, do you want your truck to be bullet-proof or not? When the apocalypse comes, you’ll be glad it’s bullet-proof. We want to be a leader in apocalypse technology.”

If you want to see how the Cybertruck manages to fit in the Boring Company’s mile-long underground tunnel, you’ll have to go watch Jay Leno’s Garage this Wednesday, May 27 at 10pm EST.