With iOS 14, Apple has introduced a new accessibility feature that lets users perform quick actions through taps on the back of their iPhone. It’s called “Back Tap” and is found in accessibility settings. It can be used to instantly pull up Control Center, summon Siri, or even run Shortcuts. 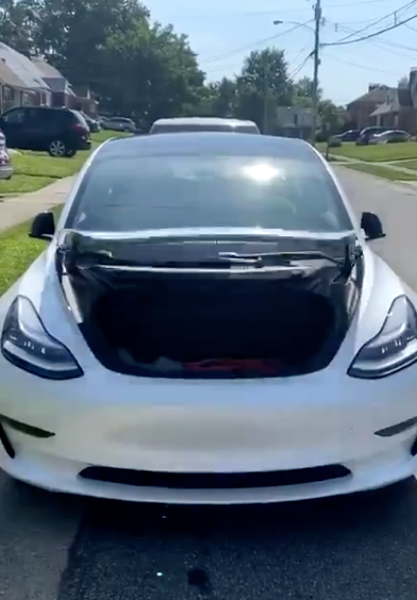 Last week, a Reddit user demonstrated how one can use this Back Tap feature in iOS 14 to open just about any app, including the Google Assistant.

Now, a Twitter user has shared a video showing a triple-tap on the iPhone’s back can also be used to open Tesla’s front trunk. All you need to do is set up a Siri Shortcut to run with the Stats app for Tesla and assign the action to triple-tap.

Triple tap on the back of the iPhone = open frunk. Thanks @StatsTeslaApp pic.twitter.com/nDyjgt6qH6

To avoid false-positives, it is recommended to assign the action to triple-tap and not double-tap. You can also turn on confirmation for the Shortcut.

For those who don’t have access to iOS 14 yet can check out this cool hack to open a Tesla frunk with Siri Shortcuts and an NFC Tag.