As reported by the folks over at Tesla North, Calgary-based Geometric Energy Corporation (GEC) has announced that ‘DOGE-1 Mission to the Moon’ will be the first-ever commercial lunar payload in history to be paid entirely with Dogecoin. 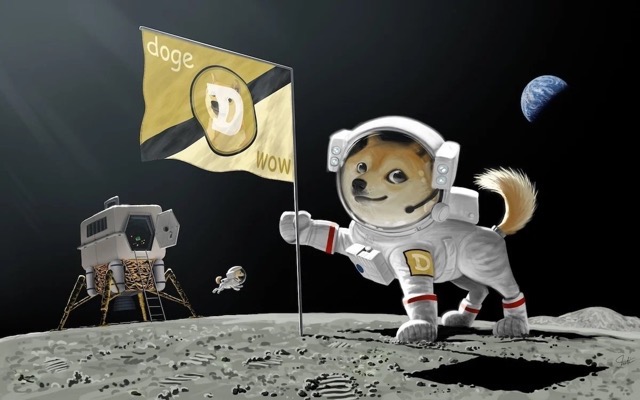 GEC’s mission management will be working with SpaceX to send a 40kg CubeSat as ride-share aboard a Falcon 9 lunar payload mission pegged for the first quarter of 2022. The payload will have sensors and cameras with integrated communications and computers to collect lunar-spatial intelligence.

“Having officially transacted with DOGE for a deal of this magnitude, Geometric Energy Corporation and SpaceX have solidified DOGE as a unit of account for lunar business in the space sector,” said Geometric Energy’s Chief Executive Officer Samuel Reid.

“This mission will demonstrate the application of cryptocurrency beyond Earth orbit and set the foundation for interplanetary commerce,” added SpaceX Vice President of Commercial Sales Tom Ochinero. “We’re excited to launch DOGE-1 to the Moon!”

“DOGE has proven to be a fast, reliable, and cryptographically secure digital currency that operates when traditional banks cannot and is sophisticated enough to finance a commercial Moon mission in full.”

[Related: How to Buy Dogecoin in Canada]

The announcement also notes that DOGE will be used for “all lunar business” between SpaceX and GEC, setting precedent for “future missions to the Moon and Mars,” while adding legitimacy to Dogecoin as a form of payment.

With Tesla already accepting Bitcoin for its cars–is Dogecoin payment next? Musk touted Dogecoin numerous times during his hosting of SNL on the weekend, but so far the cryptocurrency has taken a dive since.