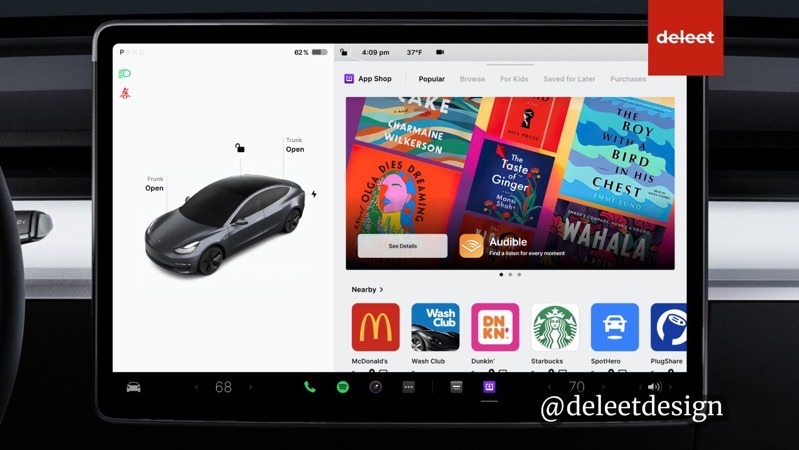 Product designer Hans van de Bruggen (@deleetdesign) recently shared a new concept exploring what a Tesla App Store where customers could download third-party apps for their cars could look like (via Tesla North).

What if Tesla had an app store? I put together this prototype to see what it might be like. What apps would you want to see?

Earlier this month, reports surfaced of Tesla working on third-party app support for its electric cars. Take a look at what Hans imagines an app description would look like in the Tesla App Store: 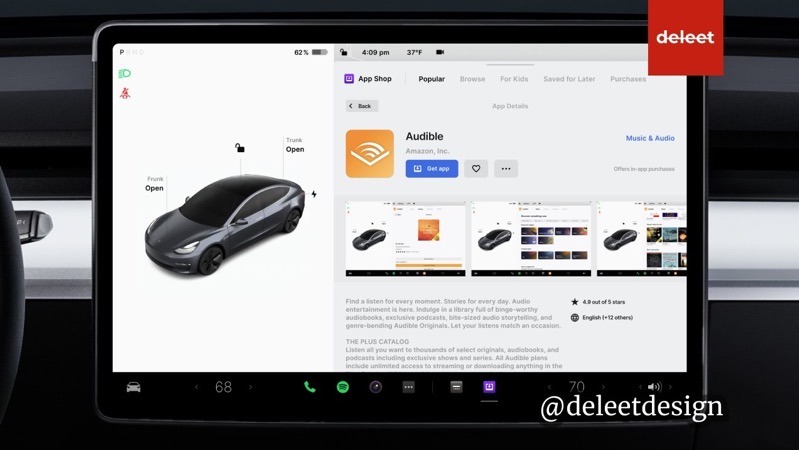 However, a third-party app store would allow users access to a vast variety of different apps that are currently not supported, like Audible, Zoom, and more. 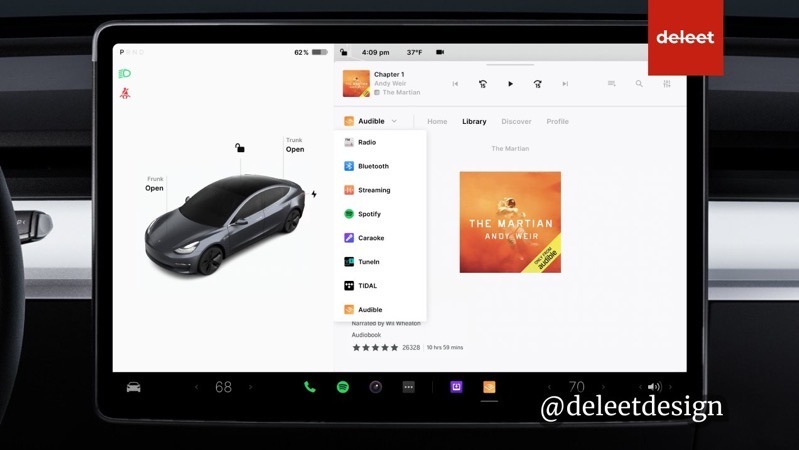 Hans’ concept also imagines ‘app widgets,’ designed to give users at-a-glance information like weather and easily hidden away with gestures.

The Tesla App Store is the latest in a long line of Tesla concepts developed by Hans, who has previously worked as a product designer at Netflix and LinkedIn.

Some of the designer’s previous Tesla concepts have included ‘Pre-Trip Briefings’ and ‘Eyes-Free Shortcuts’.

What do you think of Hans’ concept? Would you like to see a Tesla App Store in the near future? Let us know in the comments below.