The location of the site in the Greater Victoria suburb of Langford has also been confirmed by the electric car maker. 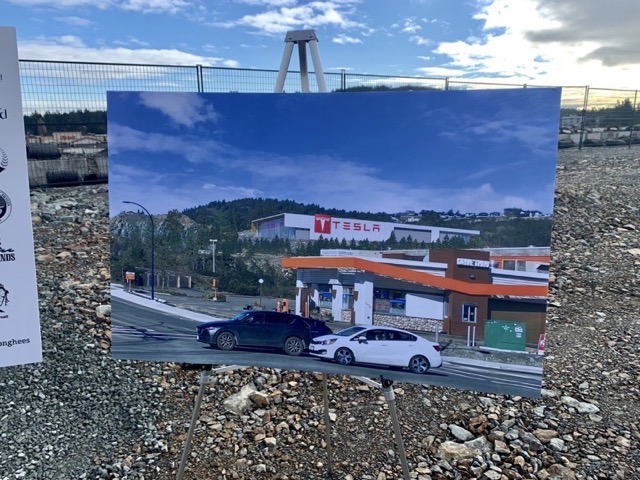 In an official announcement earlier this morning, Tesla and Langford revealed the new sales, service, and delivery center will be located at 2361 City Gate Blvd, across from Costco at a Seacliff Properties condo development. The above concept shows a massive building with “Tesla” adorning the side.

According to Mayor Stew Young, Tesla’s new location in Greater Victoria is estimated to cost $40 to $50 million and will be completed by June 2023.

“This is the way of the future and a big part of Langford’s climate action plan,” Young added. “By 2027, all our fire and police vehicles, all the city trucks and cars will be electric. Having Tesla here will help us with that.”

GROUNDBREAKING | A #Tesla sales, service & delivery centre is coming to #Langford, near Costco. Mayor Young says construction on the 35,000 sqft facility starts next week and should wrap up by June 2023. @victoriabuzzes pic.twitter.com/ND2sWjn15u

The facility will be built at 35,000 square feet, with construction set to begin next week and is expected to bring up to 50 full-time jobs.

Also announced was the upcoming debut of the first RCMP Tesla Model Y patrol cruiser, set to be used by the West Shore RCMP. The Model Y is being retrofitted in Ottawa and will debut sometime later this year, while another electric Mustang Mach-E will also join the police fleet.