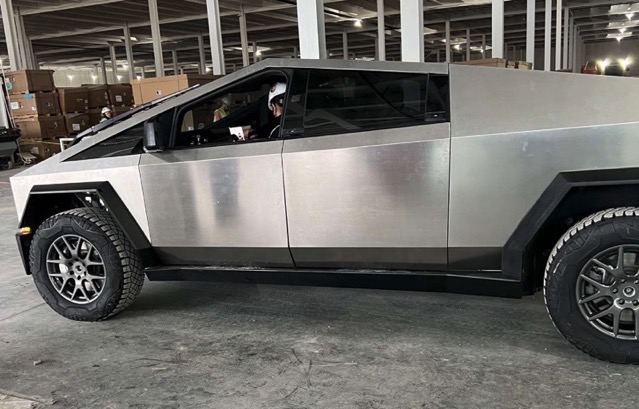 Tesla CEO Elon Musk confirmed during the company’s Q4 2021 earnings call on Wednesday that the Cybertruck won’t launch this year and will “hopefully” launch sometime in 2023 instead — reports Tesla North.

Musk made good on his November 2021 promise to deliver Cybertruck updates, as well as insight into Tesla’s overall product roadmap, in January 2022, but those waiting on the Cybertruck will have to wait a while longer. In addition to the Cybertruck, Musk confirmed that the new Roadster won’t be launching in 2022 either.

Musk elaborated that the company does not plan on launching any new vehicles this year, and will instead focus on scaling output during the year. Tesla delivered a whopping 936,000 electric vehicles (EVs) across the globe in 2021, up 87% from 500,000 in 2020.

“If we were to introduce new vehicles, our total vehicle output would decrease,” said Musk, noting that the company’s engineering and resources were stretched thin dealing with “chip drama central” as of late, to go along with dozens of other problems.

The EV pioneer will still work on development, engineering, and tooling for both the Cybertruck and the second-generation Roadster, with production hopefully starting next year.

“How do we make the Cybertruck, despite having awesome technology?”, questioned Musk later on in the call. Tesla wants to produce 250,000 Cybertrucks per year, but it will take the company some time to get to that level.

Earlier this week, we got our first detailed look at the latest pre-production version of Tesla’s Cybertruck, with more images of the new design as well as a look at the internal displays leaking on Tuesday.

The Cybertruck is quite possibly Tesla’s second most-delayed EV ever, with the Roadster holding first place. Tesla announced the second-generation Roadster EV in 2017 but has since kicked it all the way down the line to 2023.