Last week, Tesla announced the launch of ‘Made in Texas’ Model Y vehicles at its Cyber Rodeo event in Austin, and today, an internal memo to employees has revealed new details of a ‘Model Y AWD’ with 4680 battery cells and a US $59,990 USD starting price (via Tesla North). 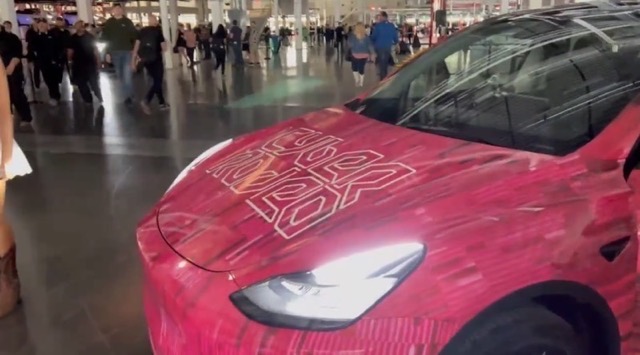 Tesla’s made-in-Texas Model Y AWD based model features 279 miles of range and a 0-60 mph time of 5 seconds. These USA specs are based on standard wheels and a 5-seat interior, as of April 7, 2022.

The document also confirms the Model Y AWD has a new parcel shelf, additional carpeting (side doors and rear trunk) and a magnetic console lid. They won’t be available at Fremont Model Y Long Range or Performance builds.

Tesla says Model Y AWD is “not yet available via inventory or the configurator. Stay tuned for updates!” notes the memo.