The Tesla Model 3 has a camera mounted inside the car above the rear-view mirror, which the company’s CEO Elon Musk has previously confirmed would be used for the upcoming ‘Robotaxi’ service.

Now, Tesla leaker @greentheonly has revealed what this interior camera can see, sharing new images on the web.

“The mystery of the model3 in-cabin “selfie” cam is slowly clearing. huge thanks to @davidhooperr for performing a bunch of research and providing the car. The images are not perfect but at least we get the idea of the coverage now.” 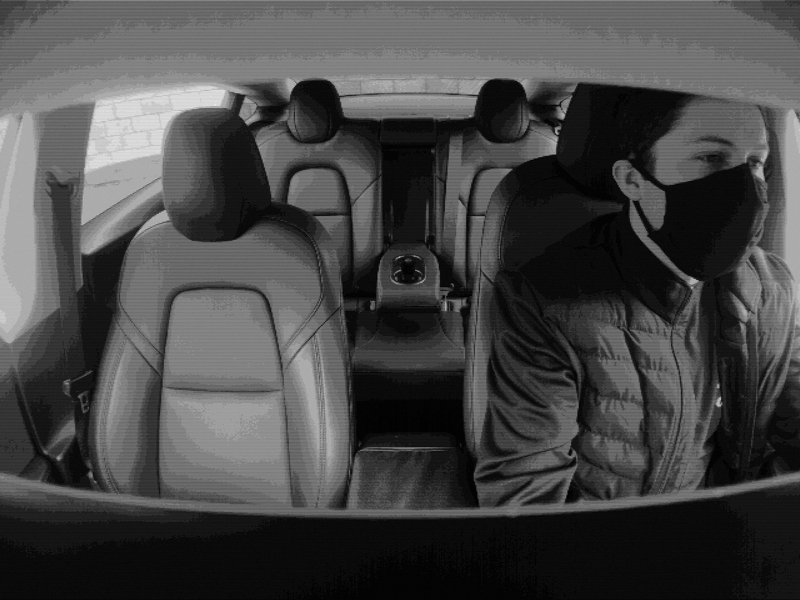 The image above appears to be a screenshot of this interior camera inside the Model 3. The camera’s field of view shows the front and back seats of the car, but doesn’t show much of the backseat aside from the middle seat.

The mystery of the model3 in-cabin "selfie" cam is slowly clearing.

huge thanks to @davidhooperr for performing a bunch of research and providing the car.

The images are not perfect but at least we get the idea of the coverage now. pic.twitter.com/r447lQZX8u

“The sensor is the same aptina as the rest of the cams. Color filter appears to be RCCB but debayering failed so far. Resolution is also same 1280×960. Besides driver pose eye tracking also seems to be possible at least to a degree,” explains @greentheonly.

While people speculated why this camera exists, Musk replied “correct” to a thread again reiterating the camera is for then company’s upcoming promised ‘Robotaxi’ service, to keep an eye on passengers if they happen to damage your vehicle.

There’s no word if the interior camera is recording now, but according to @greentheonly, “There’s no solid information about normal operations. The footage was obtained by special means.”

Internal camera isn’t used yet (meant for robotaxi), but that’s a good idea

Some people have purchased Model 3 camera covers on Amazon to block out the camera, for now.

Last fall, Musk also said on Twitter this camera isn’t being used yet but was for its upcoming ‘robotaxi’ service, which aims to let Tesla owners have their vehicles make money for them, competing with Uber and Lyft for ride-sharing.

Just under a year ago, Tesla revealed its Model 3 ‘robotaxi’ network plans, claiming by mid-2020 it would have “over a million robotaxis’ on the road, which, if you look at the status of Tesla Full Self-Driving today, doesn’t seem possible yet.