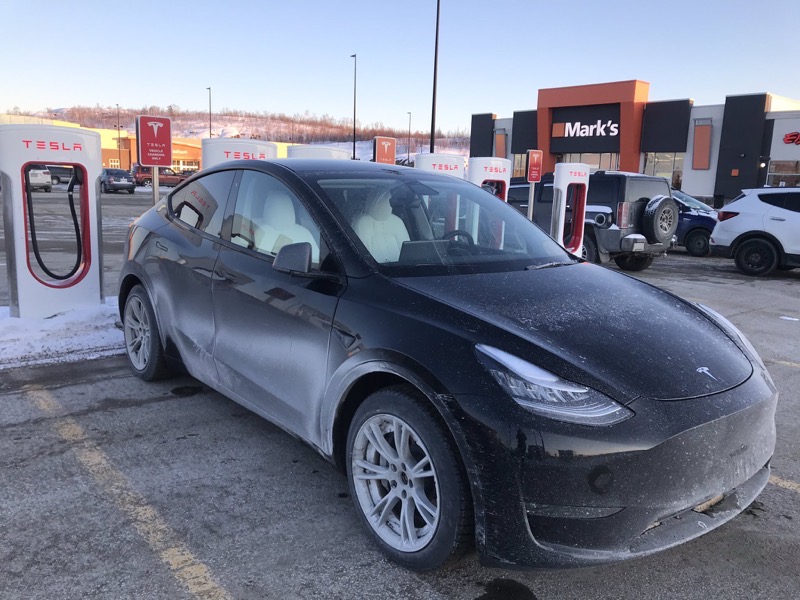 Back in January, a Tesla Model Y was spotted in downtown Toronto, Ontario, as the upcoming electric vehicle continues to be tested ahead of its 2020 launch, seen outside the United States for the first time.

Now, a Model Y has been spotted at the Sudbury Tesla Supercharger in northern Ontario. According to Johanna Muinonen, the Tesla looks to be driving in some pretty cold winter conditions, most likely to test the compact SUV in winter conditions (unlike the sunny skies of California).

When someone asked about whether or not the car was purposely not being washed to disguise it, Muinonen theorized, “I doubt it. It was -20C plus windchill and that was the car after a 4 hour drive from Toronto. It was -30C overnight. Hard to wash a car in those temps without having indoor parking and none of our hotels offer that here. I am sure it will get a wash once it gets back south.”

During Tesla’s Q4 earnings call, the company revealed it would start Model Y deliveries in mid-2020 in Canada, moving up the vehicle’s launch timeline.