Tesla is offering a $5,000 CAD credit to Canadian customers who take delivery of a Model 3 or Model Y electric vehicle (EV) by December 31, 2022 — reports Tesla North.

This promo launched on Wednesday, December 21, and will run until the end of the year. What’s more, it comes on top of an existing offer of 10,000 kilometres of free Supercharging to customers who take delivery of any Tesla EV in December. 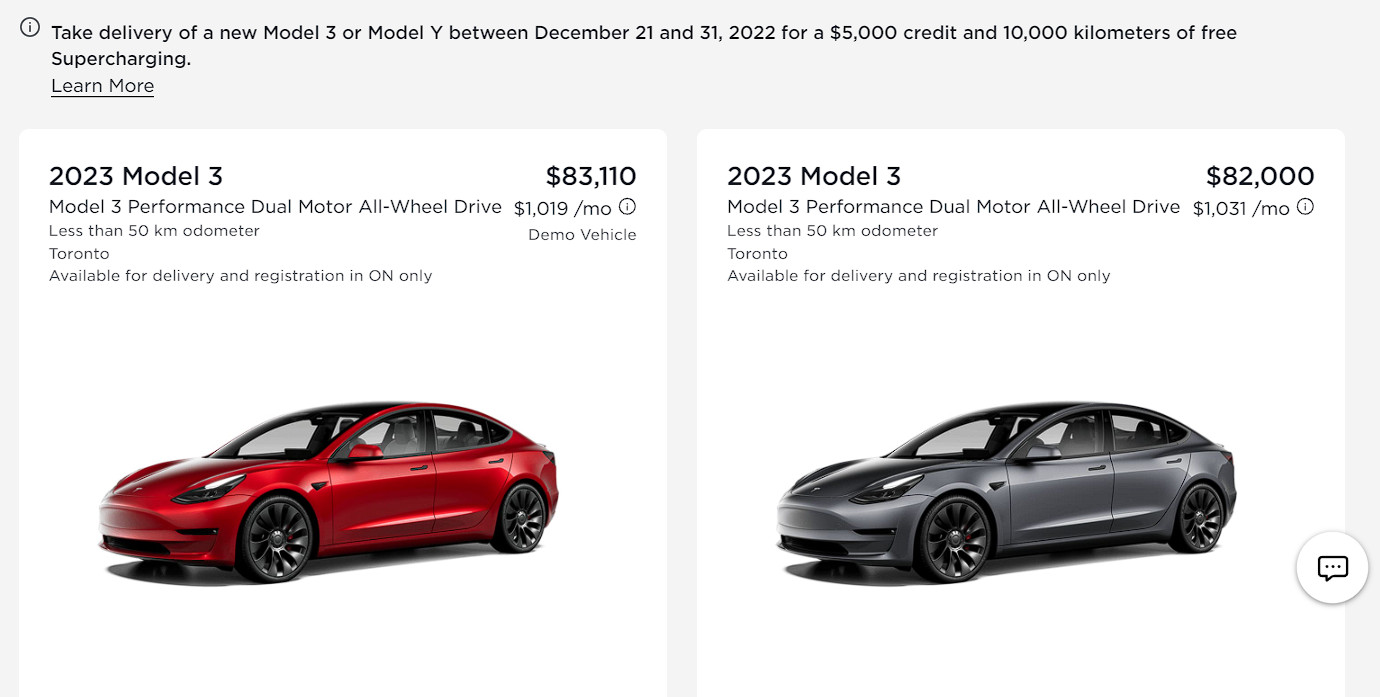 The discount is part of a year-end push from Tesla to pump up its deliveries for 2022. As big as Tesla’s signature end-of-quarter delivery pushes are, the company goes even harder at the end of the year.

Tesla is asking customers by text message to “reply YES” if they want to take advantage of this special promo. You can click here to take a look at Tesla Canada’s inventory of cars that are available for immediate delivery.

Canada isn’t alone in getting an impressive discount from Tesla to incentivize customers to make a purchase before the end of the year. In the U.S., Tesla is offering a $7,500 USD tax credit, in addition to 10,000 miles of free Supercharging, until December 31.

Earlier this month, Tesla started delivering the refreshed 2023 Model S with a larger rear touchscreen in Canada. Tesla has also added Apple Music to its EVs with the recent holiday software update.