Tesla released the latest version 10.0 software update for its electric vehicles in Canada over the weekend and while it didn’t include the new Smart Summon feature, it appears the company’s new autonomous parking feature is causing a lot of confusion in the parking lots across the U.S. (via The Verge). 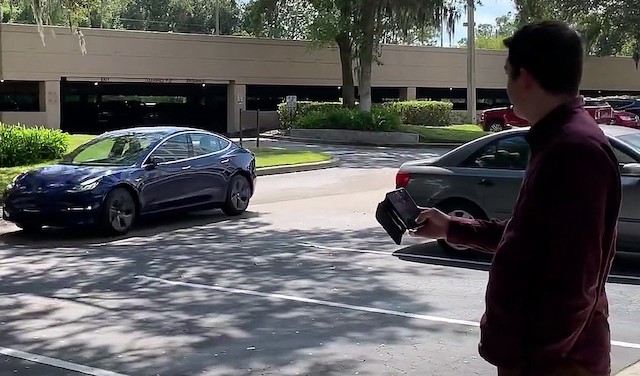 For those who aren’t familiar, Smart Summon enables a Tesla vehicle to leave a parking space and navigate around obstacles to its owner. The feature was rolled out last week to Tesla owners in the U.S. who purchased the Full Self-Driving option on their car as part of the version 10 software update.

But looking at videos shared by several Tesla owners on social media, it seems the feature is a bit of a mess at the moment. One Tesla owner shared his “front bumper damage” on Twitter while another claimed their Model 3 “ran into the side of [a] garage.”

Tesla warns owners to be careful with using Smart Summon because it’s not a fully autonomous feature. “You are still responsible for your car and?must monitor it and its surroundings at all times?and be within your line of sight because it may not detect all obstacles,” the fine print on Tesla’s website reads. “Be especially careful around quick moving people, bicycles and cars.”

Check out the following video of a near collision with a speeding SUV leaving the Tesla owner feeling their test of Smart Summon “didn’t go so well” and share your thoughts with us in the comments section.

Here’s a video for Smart Summon released today by Tesla: