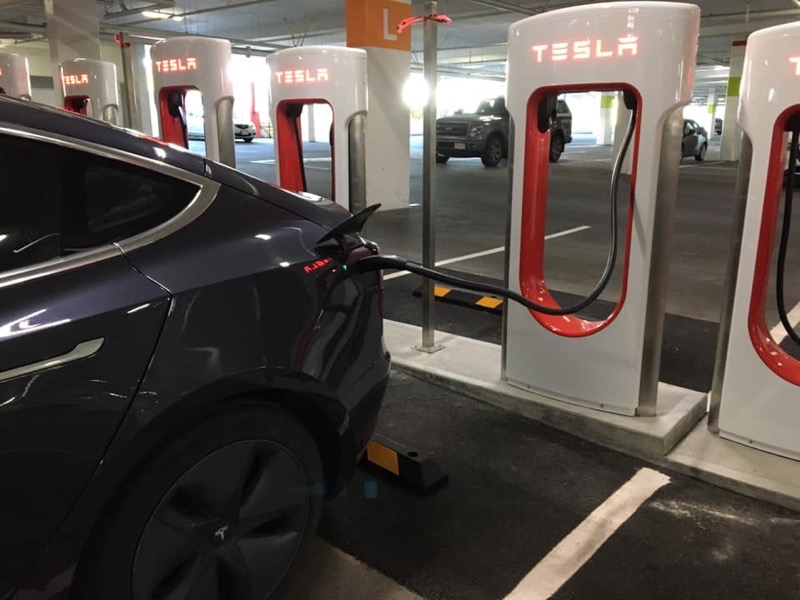 There are new Tesla Superchargers online in British Columbia’s Lower Mainland, located in Abbotsford within the Highstreet Shopping Centre.

Construction on the site started back in November and was completed earlier this month. However, the Superchargers never went online, but that changed on Monday evening.

According to Model 3 owner David Pilz, he noted yesterday the “chargers are working”, showing a picture of his electric vehicle charging at the Superchargers, located in Section L (orange) of the shopping centre’s parkade.

Highstreet Shopping Centre is located at 3122 Mount Lehman Road in Abbotsford and is usually a location for a pit stop on road trips. Now with a Tesla Supercharger on site, owners may be able to skip the Hope Superchargers, 89 kilometres away, depending on their final destination.

Tesla’s website does not list the Abbotsford Superchargers yet, but that should be updated shortly. Yesterday, Tesla added 8 more stalls to the Surrey Supercharging location (35 km away), now capable of charging 20 vehicles at one time.