It looks like Tesla’s Supercharger plans are well underway in Manitoba, with the latest station starting construction in Portage la Prairie, located about 85 kilometres west of Winnipeg.

Last April, the Winnipeg Free Press reported a new Tesla Supercharger was set to be constructed in Portage la Prairie, at Westfield Crossing shopping centre, by late August. That never materialized, but now it appears construction has started in 2019 on the station.

According to new images of the reported Portage la Prairie Tesla SuperCharger, shared by the Tesla Motors Club forums, construction is well underway in front of the Sobey’s and beside Boston Pizza, as of this past weekend: 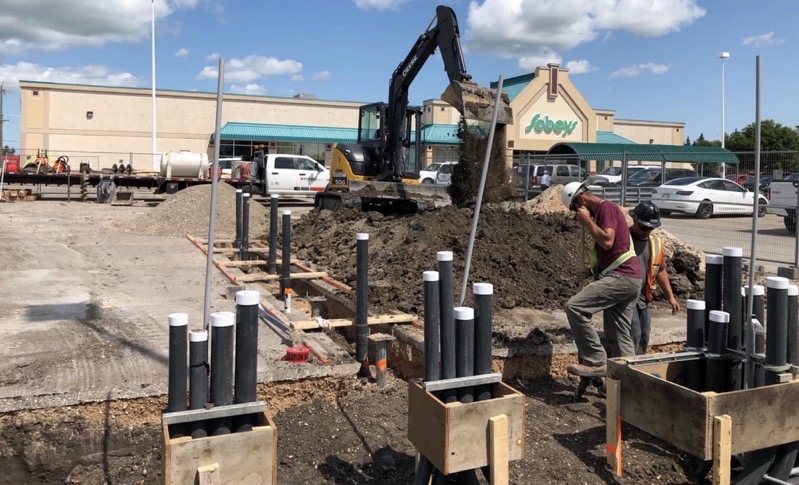 Electrical contractors were on-site, and when asked what they were building, told TMC members it was “civil work” and remained mum on what they were constructing.

“They did admit they were the ones that did the Brandon install,” said TMC member MD-2000.

Portage Mayor Irvine Ferris told the WFP last year, “It’s very good for Portage. It’s another reason for people to stop here and look around our city and see what’s going on.”

Ferris said the six-stall station would have three chargers for Teslas and three for regular electric vehicles. Time will tell if these numbers have changed.

Other Tesla Superchargers pegged for Manitoba include one in Reynolds and Winnipeg, both “coming soon” according to the Tesla website.

Driving across the Canadian Prairies in your Tesla may soon become a reality, as last month, construction began on a Supercharger in Moose Jaw, Saskatchewan.