Saskatchewan is getting another Tesla Supercharger underway, as construction has begun in the province’s capital city of Regina.

The location for the upcoming 8-stall Tesla Supercharger in Regina is in the parking lot of the East Regina Canadian Tire, located at 2325 Prince of Wales Drive.

The crew starting work at the site earlier this week, as spotted by a member of the Tesla Motors Club forum.

Another member, ‘Jiggawatts’, shared some images of construction underway, confirming the Supercharger station is definitely on the way. 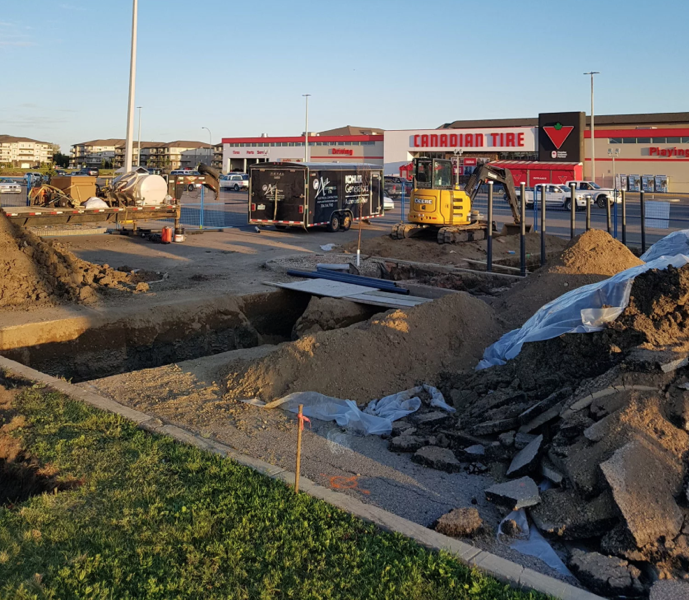 Previously, many suspected the Regina Tesla Supercharger would end up at the Walmart Supercenter kitty-corner to the Canadian Tire parking lot.

Based on observations of the conduits which run cable to the charging station being roughly 1 metre apart, some believe this Tesla Supercharger will have stalls on both sides.

Another forum member says the crew working on the Regina Tesla Supercharger is also the same from Brandon in Manitoba, based on recognizing the same black trailer and small digger.

Back in June, the first Tesla Supercharger in Saskatchewan began construction in Moose Jaw.

Tesla CEO Elon Musk was heckled by the audience at the company’s Model Y unveil earlier this year, about when Saskatchewan would get a Supercharger. The CEO responded to say they were underway and coming, and given what we’ve seen so far, the company’s goal of setting up Superchargers along the Trans-Canada highway is slowly becoming a reality.