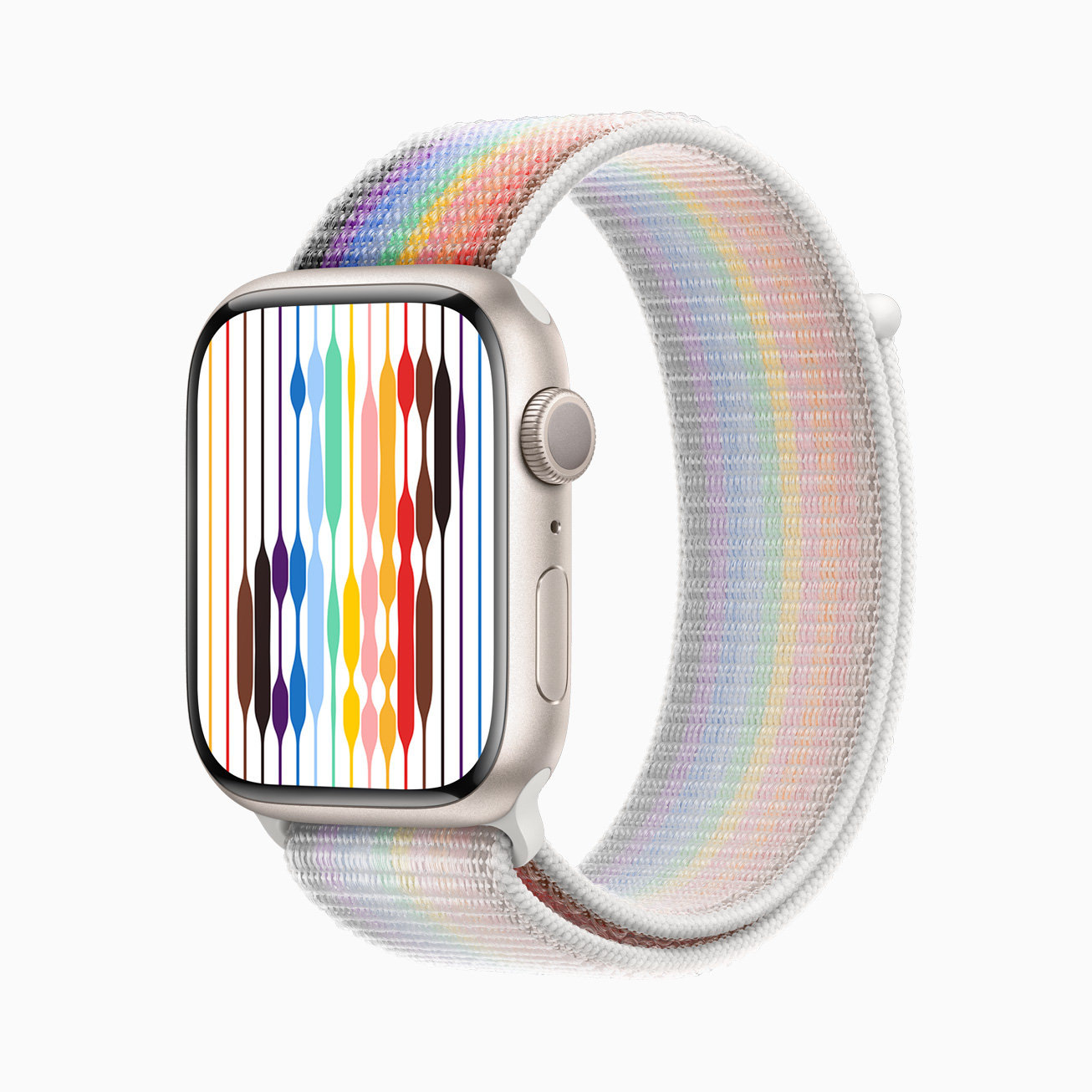 Apple on Tuesday announced a new set of “Pride Edition” Apple Watch bands and watch faces to celebrate Pride month in June, as the company has done in years past.

“The Apple Watch Pride Edition bands and watch faces illustrate the ways in which the company stands with, supports, and is proudly made up of the LGBTQ+ community,” Apple said.

Apple’s Pride Edition Sport Loop features an intricate display of the word “pride” across the band in the company’s signature cursive typeface, the same one as the “hello” greeting on Apple devices. The company said it “used a new technique to remove several of the double-layer nylon-woven textile loops on the band to reveal the word.” 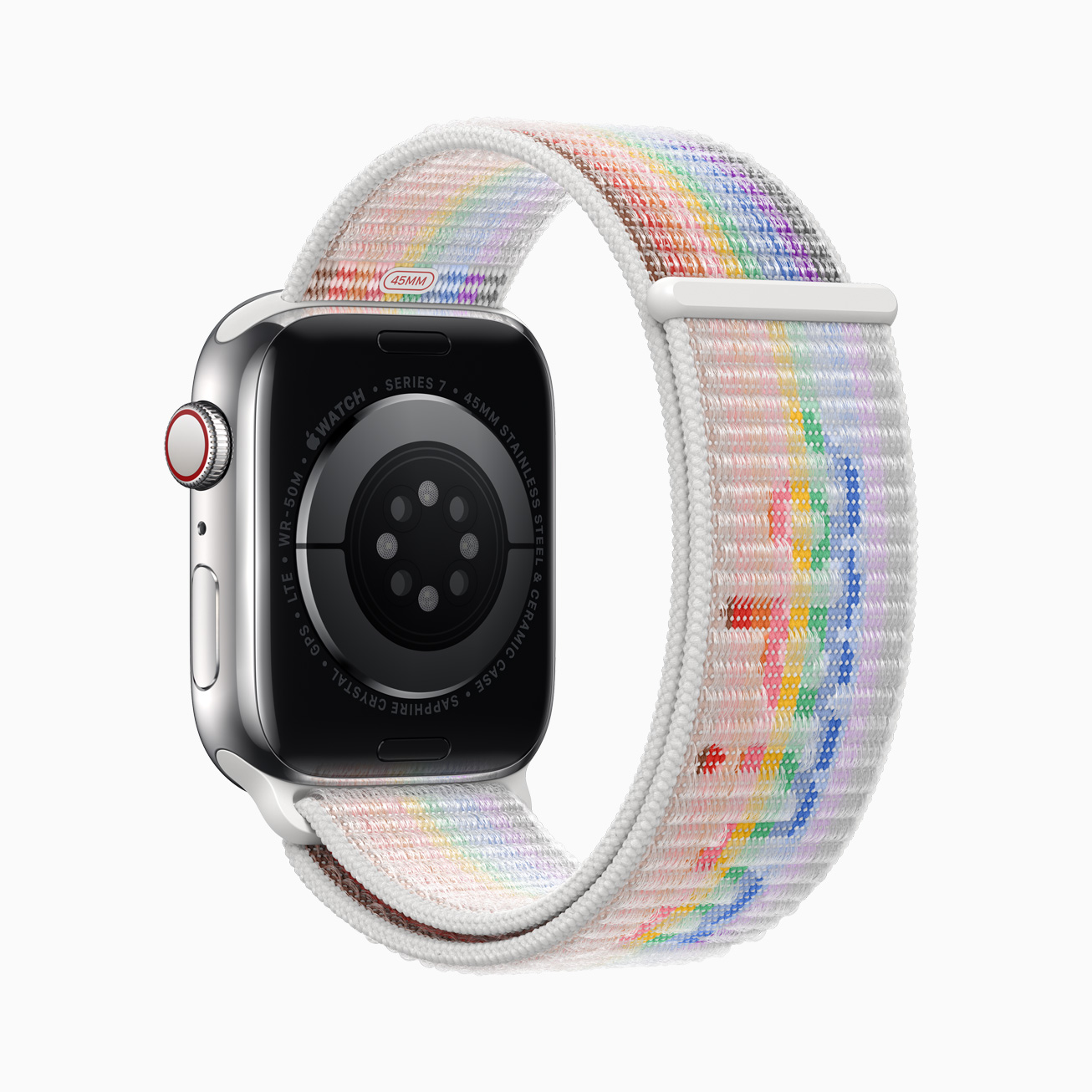 The new pride threads watch face features colours inspired by multiple pride flags and also mirrors the woven loops of the Pride Edition Sport Loop. The colourful threads are interactive, and they move as the Digital Crown on the Watch is rotated, the display is tapped, or the user’s wrist is raised.

Both the Pride Edition Sport Loop and the Pride Edition Nike Sport Loop incorporate a comprehensive spectrum of colours representing LGBTQ+ communities, but the latter adds a touch of Nike’s design aesthetic with inspiration from the apparel giant’s Be True collection. 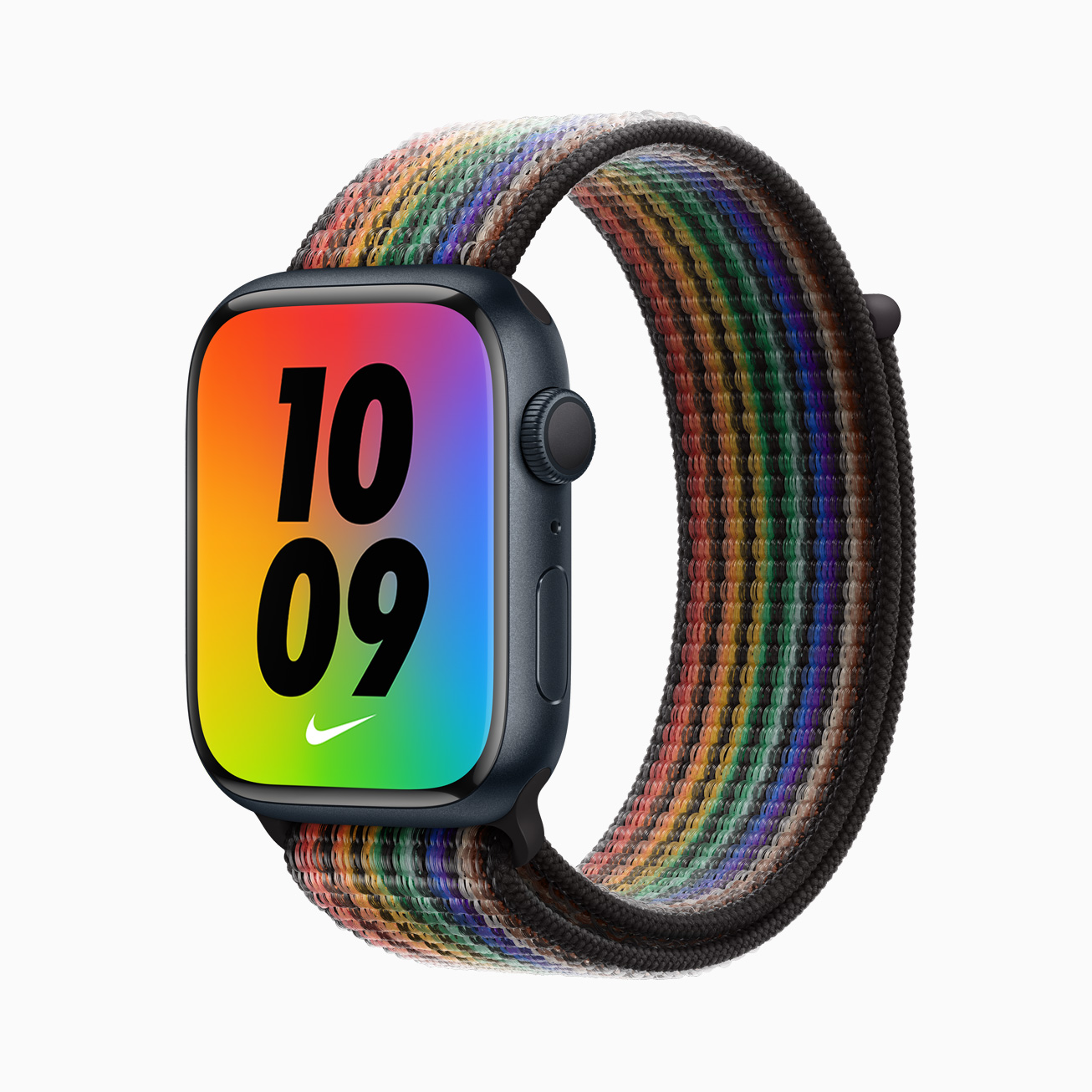 Both new Pride Edition watch bands are compatible with any Apple Watch.

The new Pride watch face will roll out today to Apple Watch Series 4 and later on watchOS 8.6. The watch face also requires an iPhone 6S or later running iOS 15.5.

According to a report from earlier today, Apple is also expected to launch a new Pride-themed Apple Watch “fairly imminently.”