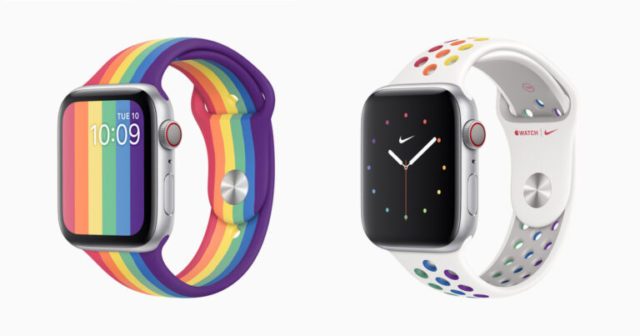 Apple is expected to launch a new version of its Apple Watch ‘Pride’ edition “fairly imminently.” News of this comes from Bloomberg’s Mark Gurman, who claims that Apple’s annual celebration of Pride Month is just around the corner.

LGBTQ Pride Month kicks off on Wednesday, June 1st. To celebrate, Apple is reportedly planning to launch a new Pride edition of its Apple Watch Series 7 along with new Pride-themed bands.

In a tweet, Gurman claims that the “New Pride version of the Apple Watch should be launching fairly imminently.” He states that retailers have received marketing materials and updated Watch tables for placement next week. This aligns with the assumption that the new model will be ready for purchase by June 1st. Additionally, Gurman claims that the actual new Pride Month bands “should start arriving later this week.”

For the better part of four years, Apple has been celebrating Pride Month with the release of new Apple Watch Pride bands. Typically, these launch sometime in May, ahead of Pride Month. In 2021, Apple launched the “Pride Edition” Braided Solo Loop, Nike Sport Loop Apple Watch band, and new Pride watch face. This year it appears as though Apple is debuting a new “Pride version” of the Apple Watch. What that exactly means for a design is still up in the air.

Apple has yet to announce its plans for Pride Month. Given that it begins next week, an official announcement must be around the corner. There, Apple will reveal pricing and availability for the offerings this year. We’ll be sure to keep an eye out for Canadian pricing.