When announcing Apple Pay, Tim Cook emphasized two major features: ease of use and security. The mobile payment platform was first available only on the iPhone 6 and 6 Plus, with growing adoption rate, but almost four months after the Apple Watch launch, 80% of wearable owners are using it, Wristly reports.

That’s a huge step up in adoption rate compared to the Apple Pay usage level of the iPhone 6, which stands at around 15% to 20%. An interesting addition to the above is that while the majority of Apple Pay users first tried Apple Pay with their iPhone, about 19% of the surveyed users first tried it on the Watch. 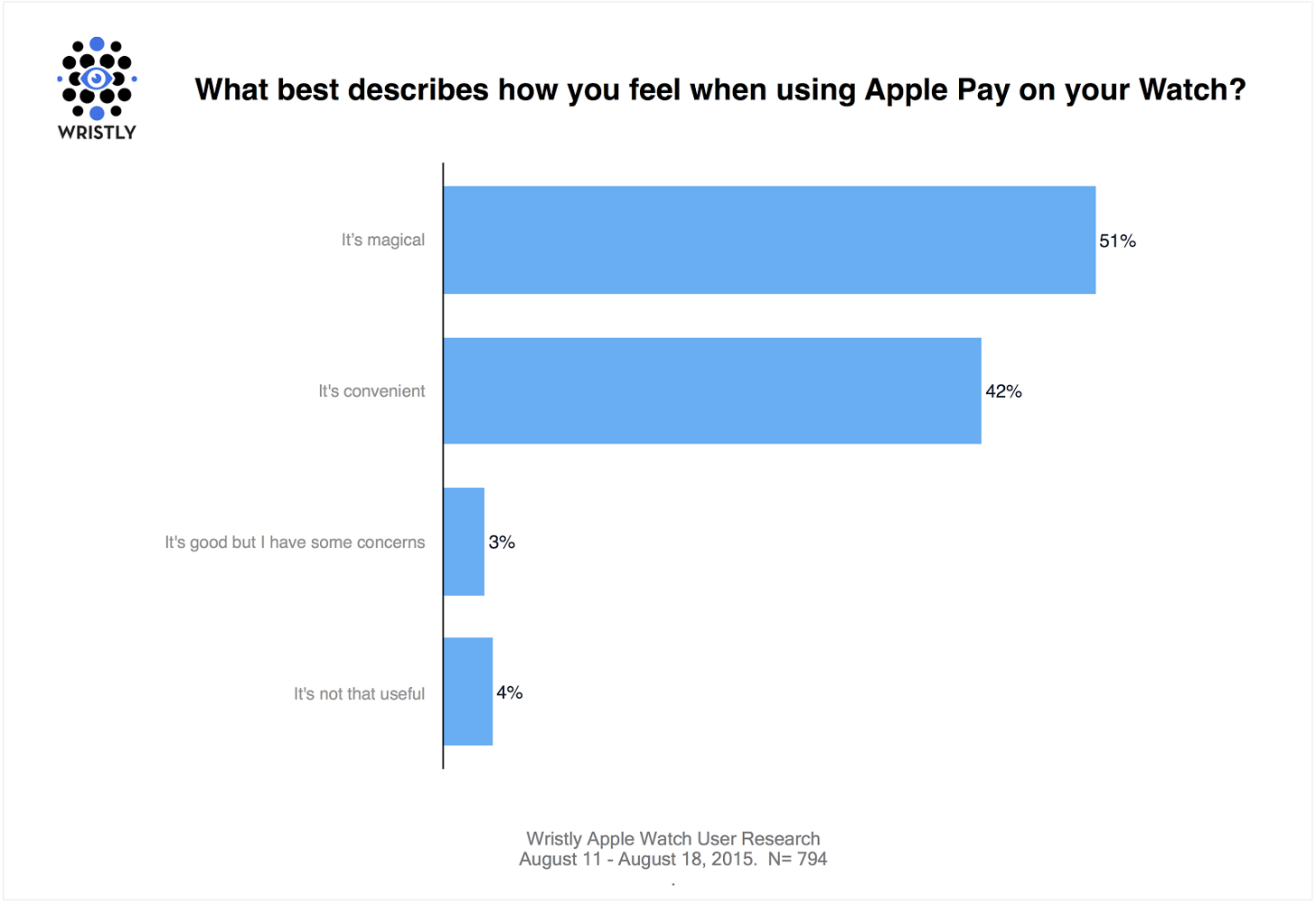 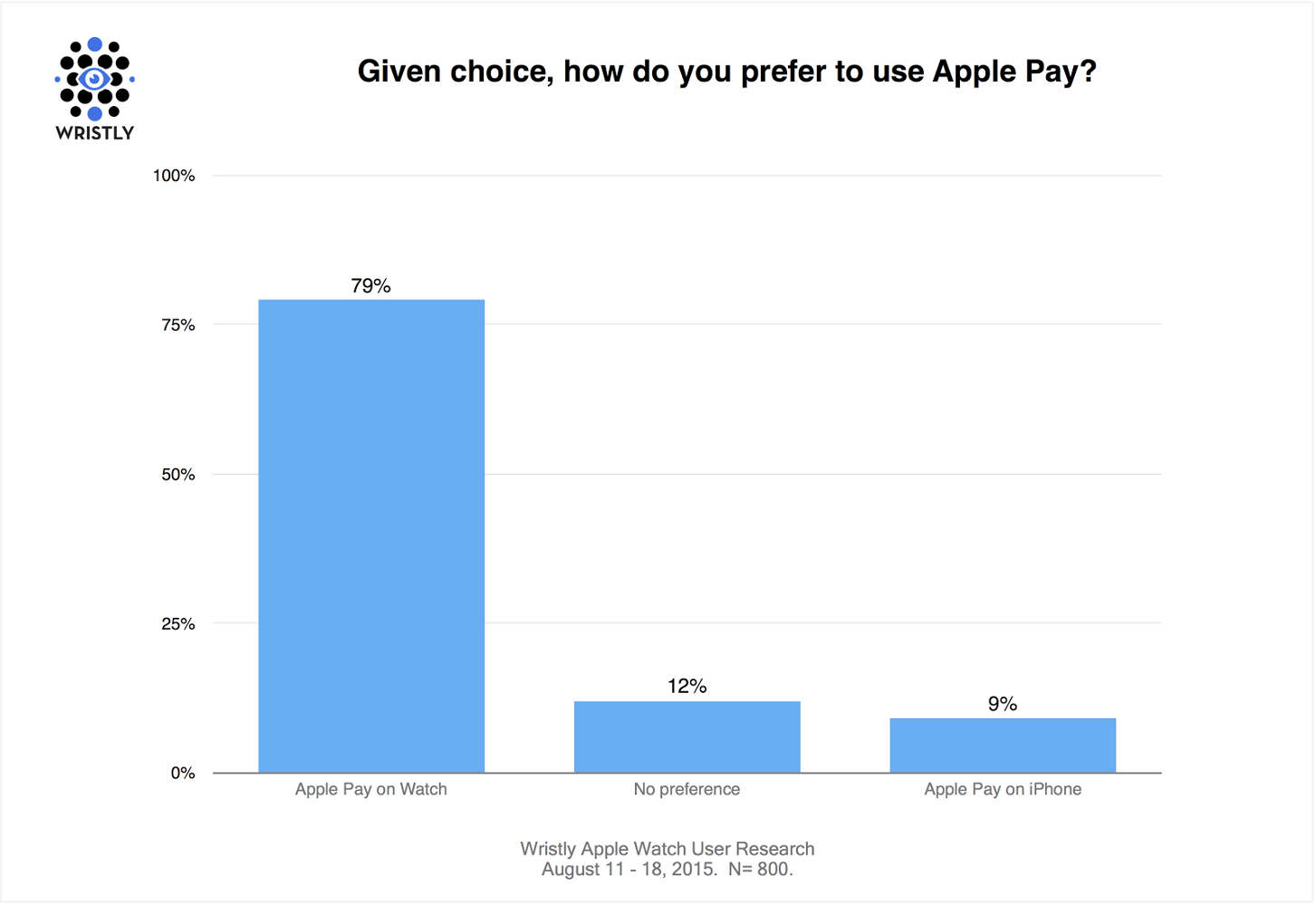 Moving forward, of those who have already used it, the majority agree that Apple Pay is “magical” (51%), and further 42% found it a convenient way to pay. Actually, after using it with the Watch, 79% of wearable owners report a preference for using Apple Pay with the Watch instead of the iPhone.