A newly granted patent reveals that Apple is working on leveraging the heart monitoring feature of the Watch by turning the wearable into an urgent-care system (via AppleInsider).

The “Care event detection and alerts” patent published by the US Patent and Trademark Office details a system that monitors environmental data and/or user data using one or more sensors and, at the occurrence of “care events” (described as an event that may occur for which a user may need care, such as car crash, bike accident, medical emergency such as heart attack or aneurysm), can call a telephone number added by the user or send an email to a specified email address.

Furthermore, in some types of “care events” the system can determine the situation has escalated and transmit alerts to emergency services. 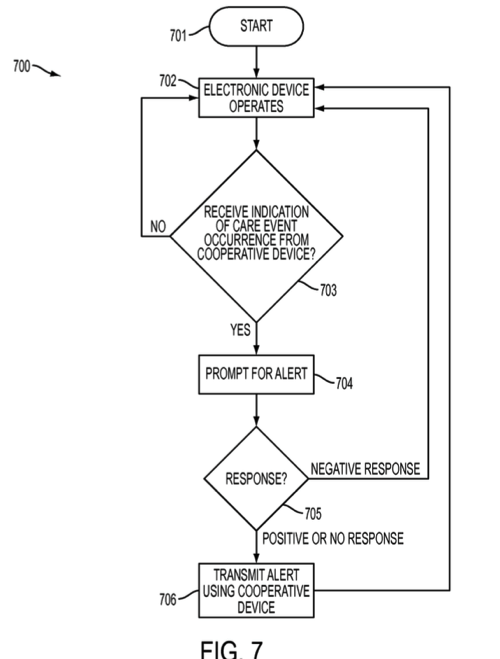 The Apple Watch is not specifically mentioned in the patent, but its built-in sensors place the device in a unique position and, if connected to an iPhone, can be used to send emergency notifications using the handset.

That system could also leverage the Medical ID feature included in the Health app. Those who use it will be aware that you can add a phone number for emergency situations, alongside sharing specific information about your health, blood type, and weight.

The patent was first filed for in September 2015 and credits Martha E. Hankey and James Foster as its inventors.

Apple Watch Ultra, Apple's most premium smartwatch to date, officially launched on Friday. The new high-end smartwatch targets extreme athletes, and it comes with a choice between three different bands to aid in their adventures: the Alpine Loop, the Trail Loop, and the Ocean Band. Each of the three band types was thoroughly tested and...
Nehal Malik
21 hours ago