One change is the removal of the Apple Watch Edition Ceramic case in white from Apple’s online store, with the launch of Series 6 today.

Last year, the Apple Watch Edition Series 5 was available in white Ceramic, but that option is gone. Last year, an Apple Watch with Ceramic case started at $1,749 CAD.

Below is a graphic showing Apple Watch Series 5 case options from 2019: 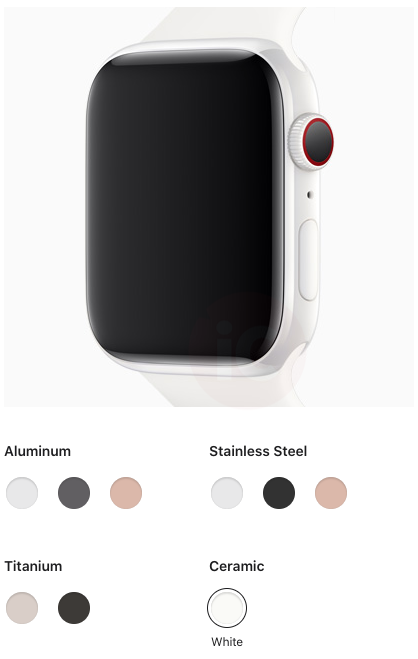 For Aluminum Apple Watch SE cases, they are only available in Silver, Space Grey and Gold, while Series 3 remains at Silver and Space Grey.