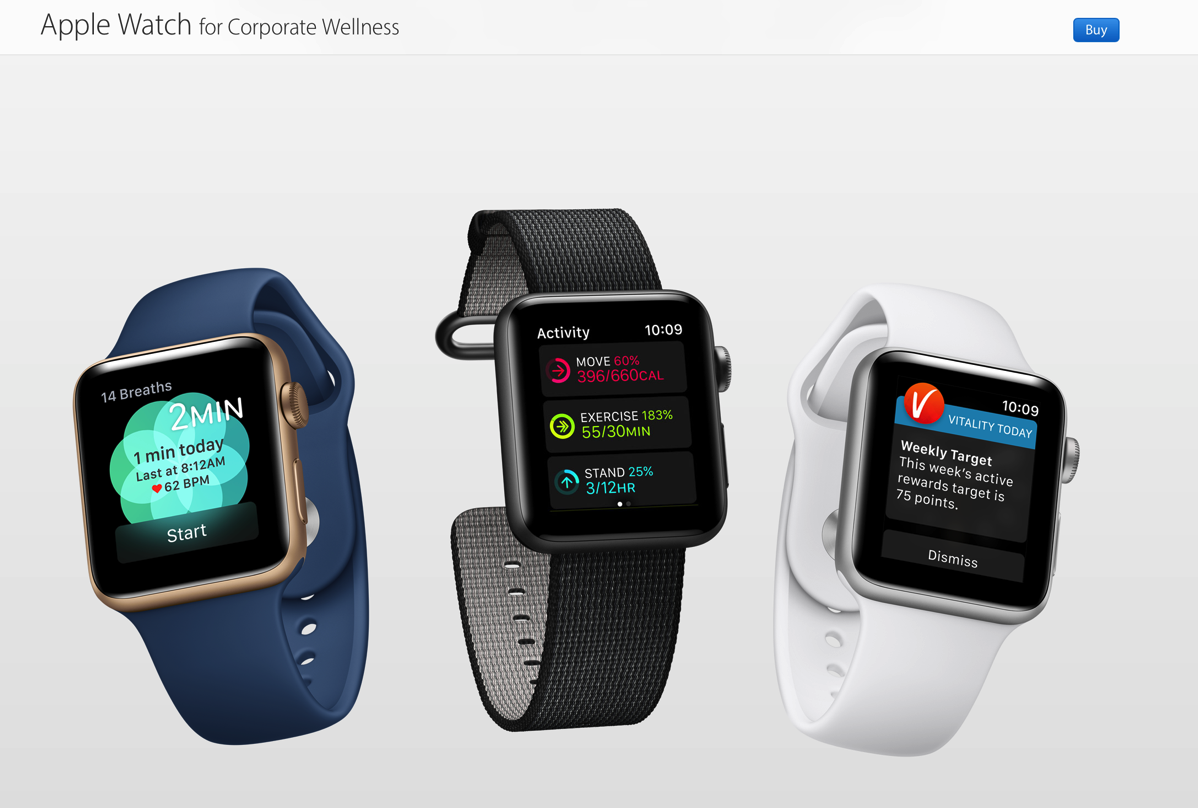 AppleInsider has spotted a new Apple Watch microsite dedicated to “corporate wellness” programs, a market segment currently dominated by FitBit. The wearables manufacturer aims to bring payments to its fitness devices, as it first acquired Coin and recently some of Pebble’s assets.

Apple’s dedicated microsite highlights the Watch’s ability to work with corporate wellness programs “so employees stay active, healthy and productive throughout the day.” The site has quotes from Aetna, DaVita HealthCare Partners, Lockton and IBM executives describing the benefits of using the Apple Watch as a corporate wellness device.

Of course, it presents the Apple Watch as the ultimate device for such purposes, highlighting apps such as Virgin Pulse, Lose It! and Vitality (with the use of the latter app, employees earn points for workouts to receive weekly rewards and fund the cost of their Apple Watch). It also emphasises Apple’s focus on the user’s well-being by helping them monitor nutrition and mindfulness using apps such as Breathe, WebMD and LifeSum.