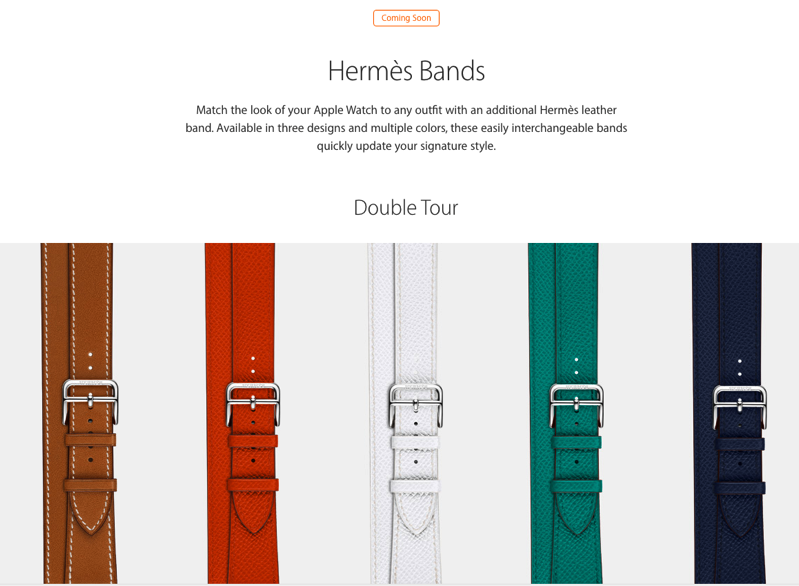 It looks as though not only Apple but also its Apple Watch partners are preparing new products for the spring. If you head over to the Apple Watch Hermès microsite part of Apple’s US website, you can see the company is preparing a new series of bands now sold separately to match your style.

You may recall that you haven’t been able to buy Hermès bands separately since the two companies announced their partnership. That’s about to change – specifically, from April 19 – according to German site Macerkopf, when Hermès will launch its spring Apple Watch bands lineup.

This means new colours and variations. As revealed on the microsite, prepare your wallet for three designs and various colours for the Double Tour, Single Tour, and Cuff models.

US prices (via A Blog to Watch):