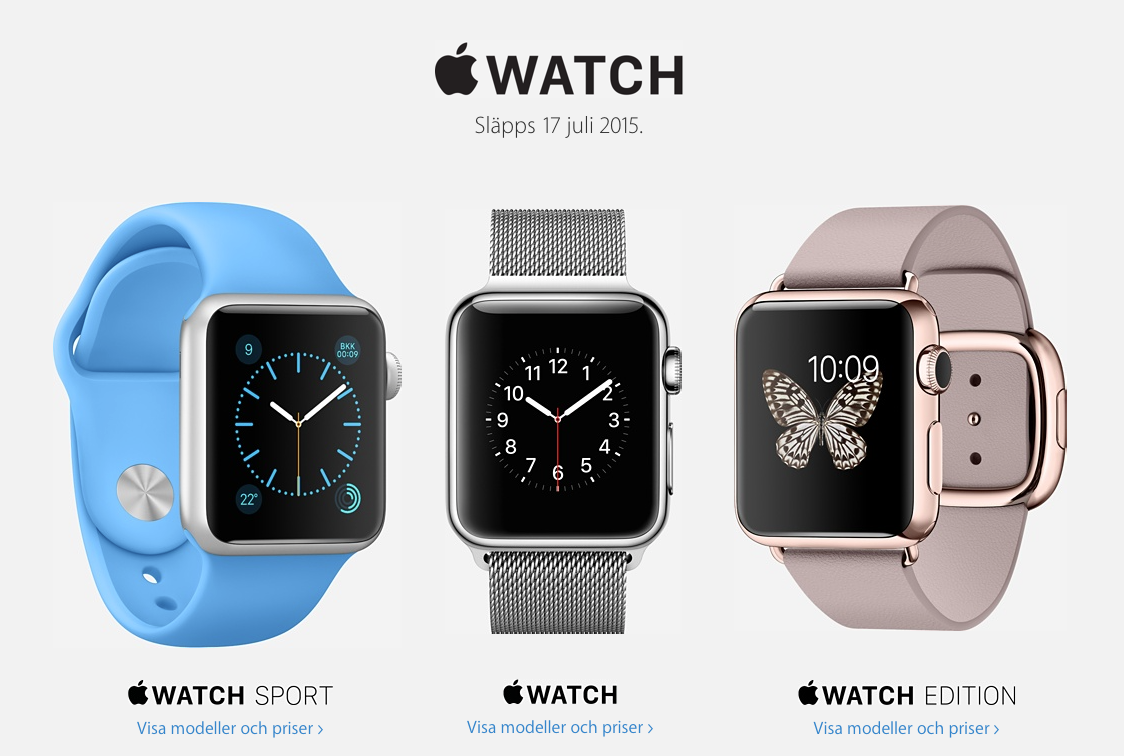 The Apple Watch has today gone on sale in seven more countries: Italy, Mexico, Singapore, South Korean, Spain, Switzerland and Taiwan. Meanwhile Apple has quietly announced that the third wave of Apple Watch launch will be in The Netherlands, Sweden and Thailand on July 17 (via MacRumors). That raises the number of countries where the wearable is available to 19.

As with other countries, the wrist-worn device will be available for purchase in the Apple Store, the Apple Online Store and at select Apple Authorized Resellers. Buying an Apple Watch in Sweden will, however, add another $130 to US prices for the entry level Sports Watch model, as it costs roughly $480, while the 42 mm model retails for $540. This compares negatively to the $349 and $399 tags price customers pay in the US.

It looks like Apple has managed to catch up with Apple Watch demand, as the majority of the models are available to ship in less than 1-2 weeks. Additionally, customers interested in the device can reserve the desired model in an Apple Store nearby.

Apple is slowly but steadily spreading its latest product worldwide. The addition of another 10 countries will certainly raise sales numbers so Apple may hit the target of many analysts by the end of the fiscal 2015.