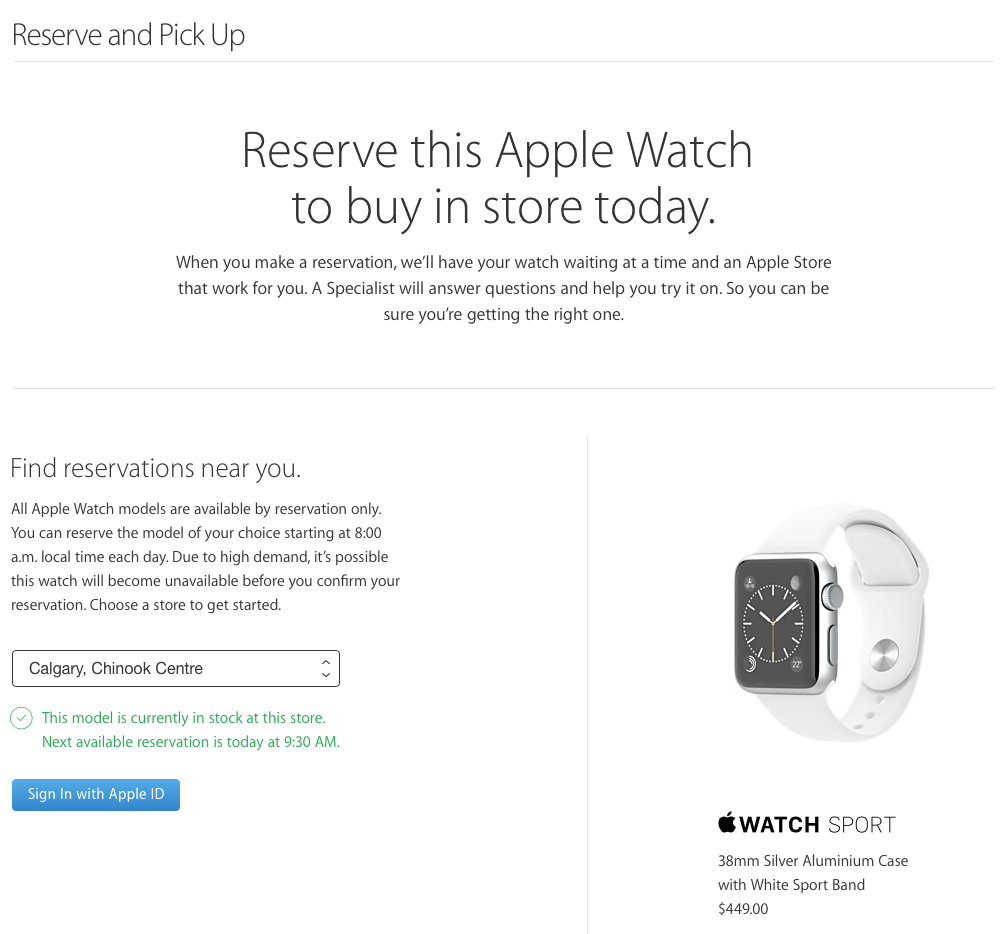 In line with previous reports (see this report from yesterday) claiming that Apple Watch stock is arriving in stores, today Apple has kicked off in-store sales of its wearable in Canada. There is a catch, though.

To buy an Apple Watch you will need to first head to Apple’s website and make a reservation. All models are available by reservation only, and you can ask Apple to set aside the wearable you have selected starting at 8:00 a.m. local time each day.

Contradicting earlier reports of vanishing interest in the Apple Watch, on the reservation page the company says you may face the “unavailable” message before you confirm your reservation, due to high demand.

Interestingly, though, not all Apple Stores have Apple Watch stock. To reserve the wearable, you need to choose a store from the drop-down list, where you’ll see some of the locations greyed out, such as Burnaby (Metrotown), Richmond (Richmond Centre), etc. Update: stores in BC now have stock, based on local time openings at 8AM.

So again, the hunt for Apple Watches begins, now in stores. Let us know if you managed to grab yours, and your choice of model.