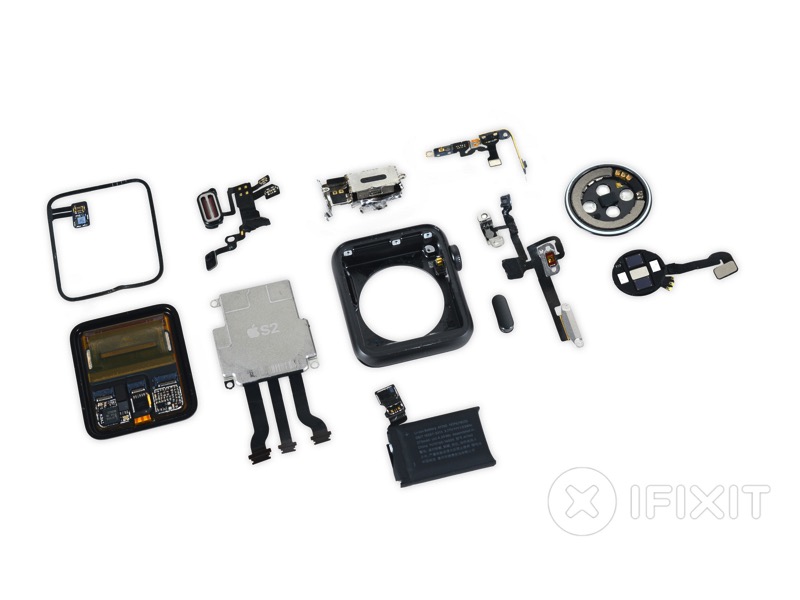 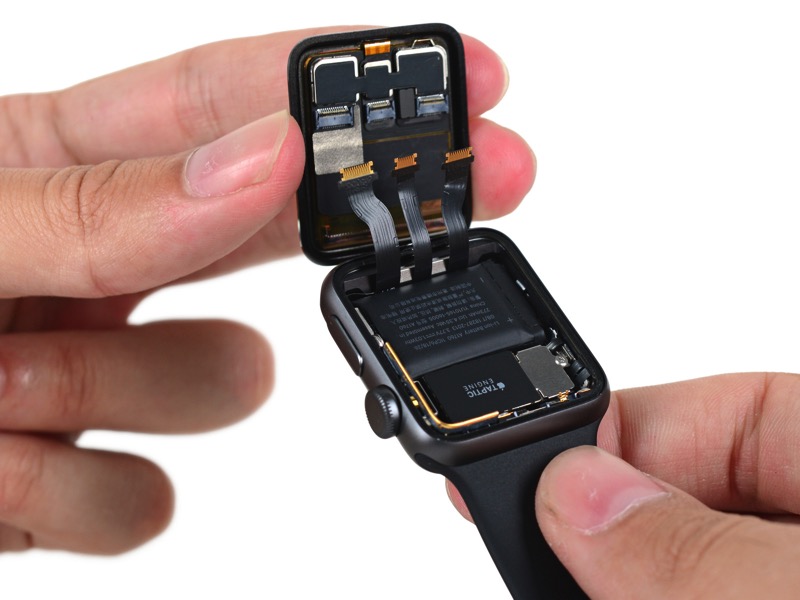 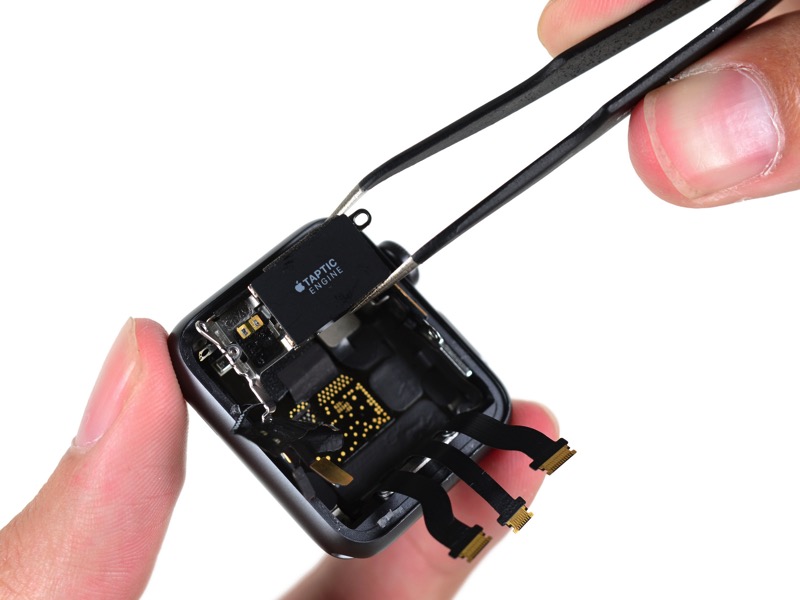 Apple has already confirmed that the second-generation Watch is swimproof, so this obviously brings some assembly changes. Right from the start, iFixit noticed that the adhesive is much stronger than they found in the last year’s model, most likely for water resistance purposes. 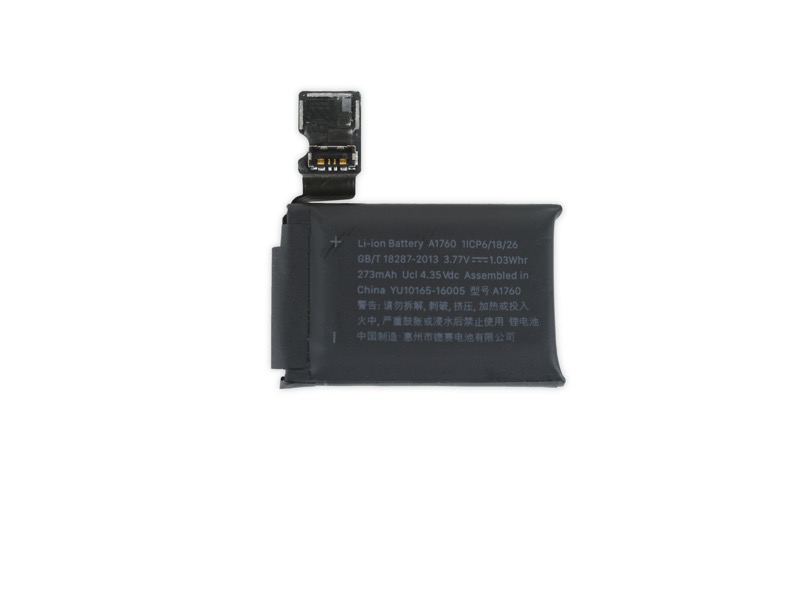 The addition of the GPS chip could be the reason for a bigger battery in the Series 2: The cell is rated at 4.35 V and 273 mAh, yielding a whopping 1.03 Whr of power, up 32% compared to the previous generation. 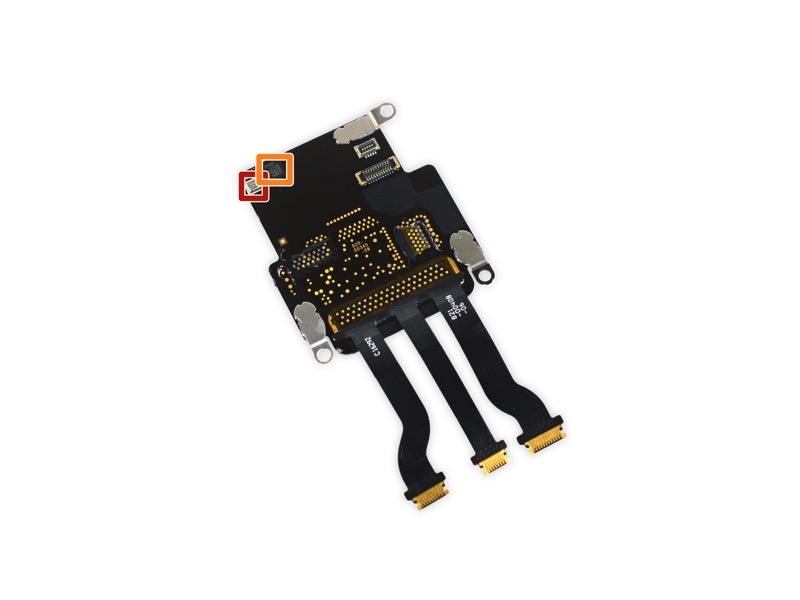 iFixit has found a second microphone on the back of the Apple S2 SiP, and likely an iteration of STMicroelectronics C451 gyroscope + accelerometer found in the first-generation Apple Watch.

You can read the full teardown on iFixit.