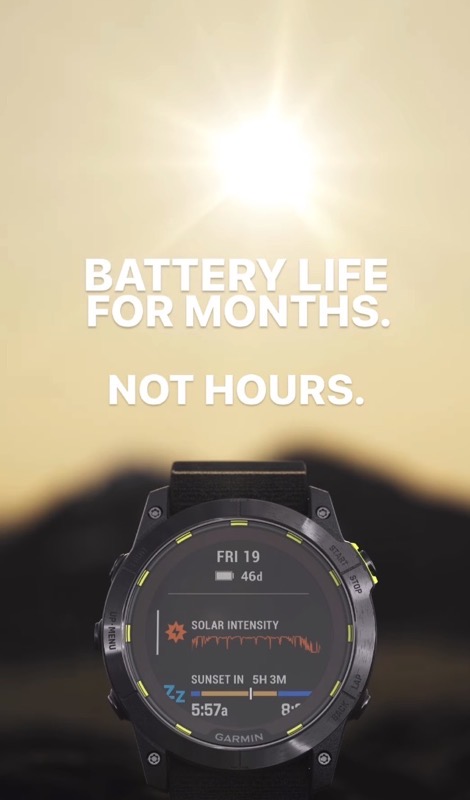 With the unveiling of Apple Watch Ultra, the iPhone maker is seemingly targeting Garmin and the latter’s line of high performance watches, geared towards adventure seekers.

But when it comes to battery life, Apple says you can get 36 hours on a single charge, which is a record for an Apple Watch. Coming later in a software update is the ability for 60-hours of battery life in a lower power mode. Is that enough to last for a climbing trip in the Himalayas?

Garmin on Thursday seemingly tossed shade at Apple Watch Ultra, by sharing some Stories and posts about its superior battery life on its watches, such as its Enduro 2 ($1,429 CAD), which offers up to 46 days of battery life in smartwatch mode and up to 150 hours in GPS mode. The watch is solar powered, however.

Another post says, “We remember the first time our watch had up to 50 hours of battery life in GPS mode,” then sharing a picture of its Fēnix GPS watch that debuted 10 years ago in 2012. Ouch again.

Garmin wasn’t done there. Its Instagram Stories said, “groundbreaking safety features are kind of our thing,” reposting a story from a customer touting their Inreach Mini 2, a handheld satellite communicator. Apple’s iPhone 14 and iPhone 14 Pro will get Emergency SOS via satellite included free for two years. 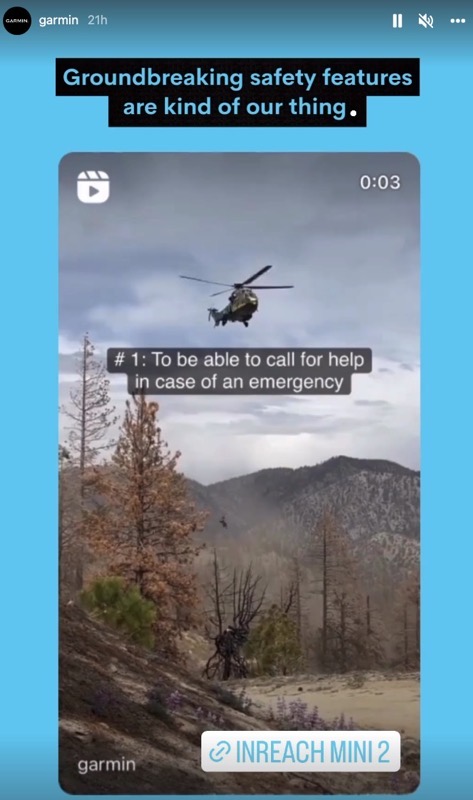 “Meet the most rugged and capable Apple Watch ever. With a robust titanium case, precision dual-frequency GPS, up to 36 hours of battery life, the freedom of cellular, and three specialized bands made for athletes and adventurers of all kinds,” is how Apple describes its newest Apple Watch.

While the Apple Watch Ultra has many features targeting Garmin, it lacks support for ANT+ sensors for example. One thing Apple does have an advantage over Garmin though is usability and software. Garmin’s software is terrible to use, especially on its Edge cycling computers. However, the company’s rear bike light with radar is one of the best accessories we’ve used on the road.

David Smith put his new Apple Watch Ultra to the test, by going on a 98-kilometre hike in the Scottish Highlands: I don’t think you can properly test a device like this without taking it out into the field. So the day my Ultra arrived, I booked myself onto a sleeper train up to the […]
Gary Ng
15 hours ago

Apple's new Crash Detection feature, available on iPhone 14 and the company's latest Apple Watch models, is designed to automatically contact emergency services in the event of a severe car crash.  However, it can sometimes mistake a rollercoaster ride for a car crash (via Reddit). One Reddit user found this out the hard way when...
Nehal Malik
17 hours ago