Canadians who purchased an Apple Watch Series 4 in Canada may soon get the device’s electrocardiogram (ECG) app and irregular rhythm notifications, as both features have been approved by Health Canada.

According to Health Canada’s website, two active licenses from Apple are now showing as approved: 102864 for the ECG app and 102866 for the irregular rhythm notification feature. 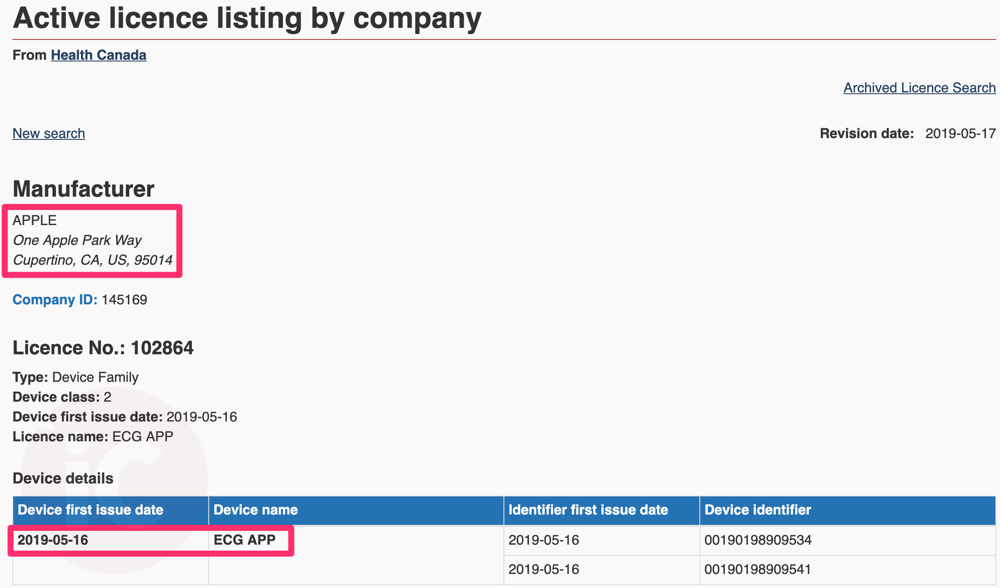 The ‘device first issue date’ for both features is noted as Thursday, May 16, 2019, an approval date possibly timed to fly under the radar of the Victoria Day long weekend.

The Apple Watch Series 4 ECG app first launched for users with devices purchased in the United States back in December, shutting out Canadians. Back in March, the ECG app launched in Europe and Hong Kong for Series 4 owners, which left out Canada, again. The lack of support resulted in some Canadians signing a petition urging Apple to release the feature here.

Health Canada has been periodically responding to Canadian inquiries on Twitter about whether or not Apple has submitted an application for the ECG app for Apple Watch Series 4.

Back in March, Health Canada said Apple had ‘communicated’ the ECG feature was coming soon, breaking months of silence, but still noting no applications had been received.

Now, with both the ECG app and irregular rhythm notification feature showing as approved by Health Canada, it’s only a matter of time before Apple announces it will be expanding to Canada.

With Apple Watch Series 4, a user can take an ECG in 30 seconds by just placing a finger on the device’s Digital Crown:

Electrodes built into the Digital Crown and the back crystal work together with the ECG app to read your heart’s electrical signals. Simply touch the Digital Crown to generate an ECG waveform in just 30 seconds. This data can indicate whether your heart rhythm shows signs of atrial fibrillation — a serious form of irregular heart rhythm — or sinus rhythm, which means your heart is beating in a normal pattern.

WWDC kicks off the first week of June, so we may hear more about the ECG app then, but if not, the company’s expected September iPhone event will probably be the next best bet to hear about an announcement. Or, Apple may announce the expansion during its next quarterly earnings call.

Are you excited for Apple to release the ECG app in Canada for Apple Watch Series 4?