June wasn’t the best month for Apple Watch sales, according to the latest data from market research company Slice Intelligence (via MarketWatch). Apple sold 200,000 Apple Watches in April, the month it launched, but that dropped to fewer than 20,000 units a day, and in some days fewer than 10,000 units, in the US, the research firm estimates.

That’s a huge drop, in just a couple of months. 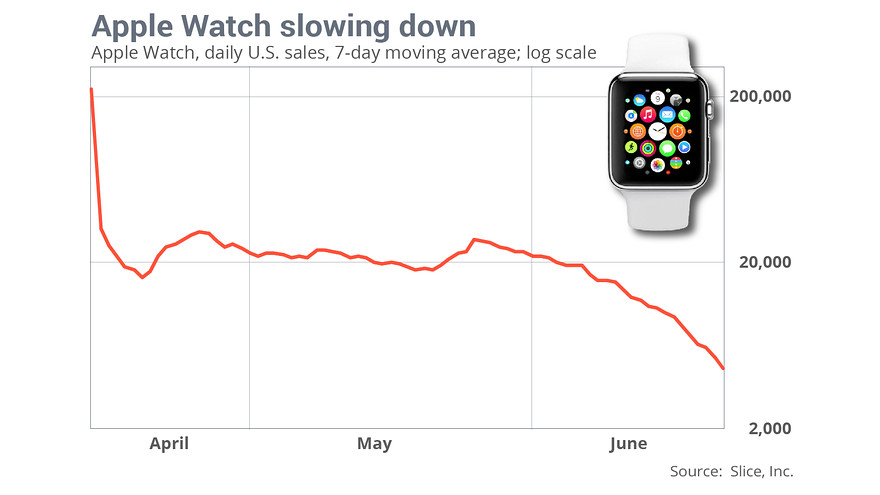 In addition, the best-selling Apple Watch seems to be the Sport version which retails for $349 (38 mm version) in the US. As for the luxurious Edition model, Slice says Apple sold fewer than 2,000 units in the US (maybe more in China?).

This is the same market research firm that not so long ago said Apple had sold roughly 2.8 million Apple Watch units by mid-June in the US. But there is more: Nearly 20% of consumers spent additional cash on bands, which, by the way, retail from $49 (and cost $2.05 to manufacture).

Despite Wall Street’s efforts to uncover Apple Watch sales numbers, Apple is silent on the matter. You may recall that until June 26, the Apple Watch was available in only nine countries worldwide, which then jumped to 16, and the company is preparing to launch the device even more countries.