The challenge offers a rose badge for those who walk, run or do a wheelchair walkout for a mile (1.6km) on Mother’s Day in the Workout app, or a third party app that writes to Health.

An image of the challenge can be seen below (via MacRumors): 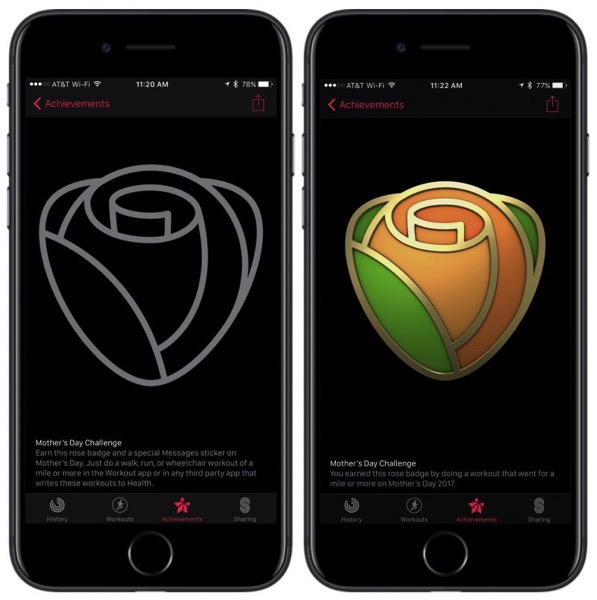 Once the challenge is completed, users will get the rose badge, plus exclusive iMessage Activity stickers.

Unfortunately, this appears to be a U.S. only challenge, as Mother’s Day is not recognized internationally, despite being celebrated in Canada. 9to5Mac says the challenge should pop up this Friday, so keep an eye out and see if Canada makes the cut or not. Last fall we saw a U.S.-only challenge for Thanksgiving, so this is not unique to see a regional specific challenge. But come on now, Canadians love their moms too, Apple.

Last month, Apple unleashed an Apple Watch Earth Day Challenge, which required users to walk, run, cycle, wheelchair or swim for 30 minutes to earn a badge and iMessage stickers. That challenge was available globally to all users.