Quebec Man Gets $120 Fine for Using Apple Watch While Driving

Quebec man and Apple fan Jeffrey Macesin was changing songs with his Apple Watch while driving, he got pulled over by provincial police and hit with a $120 ticket and four demerit points. Quebec Highway Safety Code says “no person may, while driving a road vehicle, use a hand-held device that includes a telephone function.” 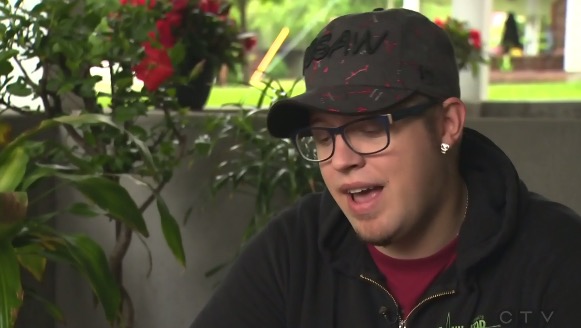 Traffic lawyer Avi Levy says the law is not clear and says the Apple Watch is rather a Bluetooth device, instead of a phone:

“It was just a question of time before we actually got a case like this,” Levy said.

“I’m not convinced that the Apple Watch itself is a phone,” he added. “It’s rather a Bluetooth device that communicates the telephone signal from the phone and it has been established under the law that you are allowed to use Bluetooth devices.”

Macesin says he will dispute the ticket and may consider hiring a lawyer to represent him in court. He says he understands police are doing their jobs, but said he “wants people to know there are no laws against it yet,” but also saying it’s “not about the money.”

Earlier this month, the Ontario Provincial Police said using an Apple Watch could be considered “careless driving”, despite distracted driving laws targeting hand-held devices, while Ontario’s Ministry of Transportation (MTO) said it’ll be up to police discretion to make the call.

In BC and Alberta, smartwatches are considered electronic devices and are banned from use while driving. In Saskatchewan, the Apple Watch would not be considered a hand-held, but could still be charged for unsafe driving if one was caught using it. In Nova Scotia, it is against the law to text on any communications device.

The Canadian Automobile Association said at the time there is no law banning checking the time—so glancing at your Apple Watch should be okay.

At the end of the day, while some of these distracted driving laws may have grey areas, one could consider the Apple Watch a distraction. Alerts go straight to the wrist and it’s tempting to glance at your wrist when it’s right in front of you. I’ve been there and it’s very hard to resist the Taptic Engine.

Then again, putting on make up, shaving, bathing and eating a double cheeseburger while behind the wheel could be equally distracting.

What do you think? Should the Apple Watch be considered a smartphone and be banned for use while driving?