It looks as though Apple Watch users don’t mind charging their wearable every night (although my personal record was two days without charging – with limited usage, of course), but it would be somewhat better to have a longer battery life. Enter Reserve Strap, which now promises 30 hours of additional usage. That’s a total of 48 hours with a usage time of about 5 hours a day. If you limit usage, you may get even more than that. 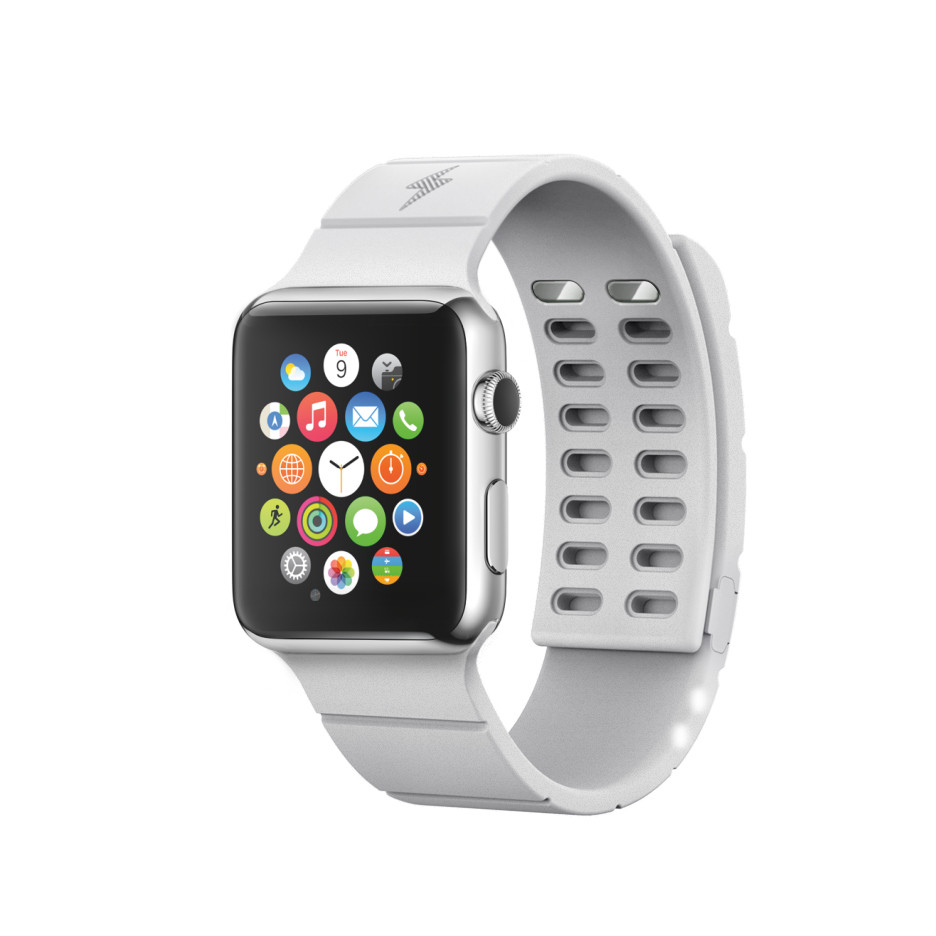 In a blog post, the guys behind Reserve Strap have announced the final version of this Apple Watch accessory, alongside price and shipping dates. Reserve Strap measures 25 mm in width and 3–9 mm in thickness, and weighs 65 grams. It will be available in both 38 mm and 42 mm sizes, and promises to fit wrists measuring between 130 mm and 210 mm. Also, it is as water resistant as the Apple Watch (IPX7).

The accessory can be charged via micro USB, and it sports an LED charge indicator to let users know how much juice is left: “When you turn the charge on or plug it in, the LED will glow either green, yellow or red, indicating a high, medium or low charge”, the blog post reads.

There is a catch, though: While Reserve Strap fully complies with Apple’s Band Design Guidelines for the Apple Watch and doesn’t violate either the AppleCare warranty or Apple Terms and Conditions, you will need to remove the cover of the hidden Apple Watch port to engage the accessory port connection to secure it on the Watch.

Reserve Strap is now available for pre-order from the developers’ website for $250, plus $20 shipping to Canada. By the way, it will start shipping on November 3, 2015.