It’s yet another magical Apple update release day. After iOS 9.2, tvOS 9.1 and OS X 10.11.2 (which we’re still waiting for), we now have watchOS 2.1 available for download. The change log says the update brings “new language support and bug fixes”.

How to update? Launch the Apple Watch app, then go to General > Software Update and you should see it. You will require, as always, to have your watch connected to its charger and have at least a 50% charge. 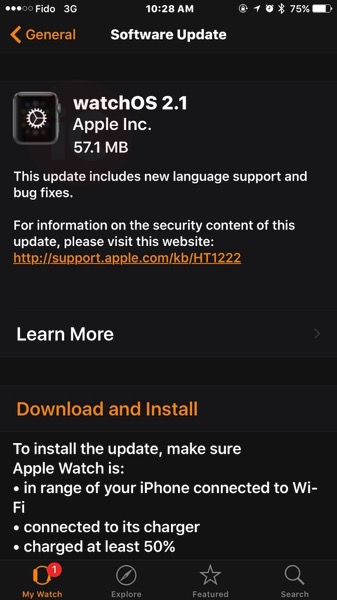 This release comes after watchOS 2.0.1 debuted in late October. Let us know how this update goes for you!