Signal Launches RP One, a Console-Style Gaming Controller for iPhone/iPad 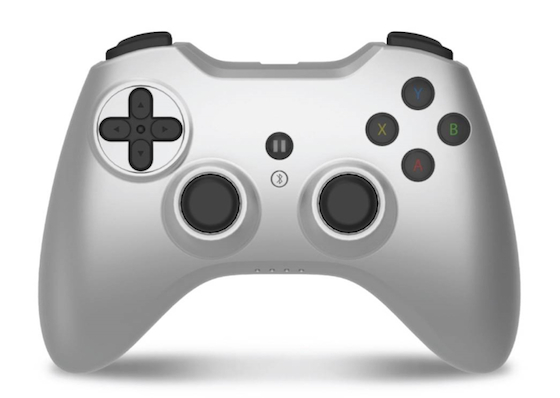 Gamers who are after more traditional gamepads can opt for a Bluetooth gaming controller, the RP One. The traditional console-style gamepad was announced by Signal at CES 2014, and it connects to iPhones and iPads running iOS 7.

The RP One shown in the hands-on video by Laptopmag includes a D-pad, two analog sticks, triggers, and four action buttons. The controller connects to the iDevice wirelessly through Bluetooth and could become the controller of choice for games that are hard to play with touch controls but function well with a traditional gaming setup. The hardware supports multiple games, such as Asphalt 8: Airbone, Riptide, Dead Trigger 2, and Bastion.

In terms of cost, Signal’s RP One lines up at the $100 price point other MFI iOS gaming controllers are stuck at, and it is estimated to be available in the first half of 2014.

While the RP One could be one solution, there are multiple gaming controllers to choose from at around this price: for example, there are the recently announced SteelSeries Stratus wireless gaming controller, the Logitech Powershell, or maybe the MOGA Ace Power.