Rovio’s Angry Birds Space is a free download for the next week as it currently is Apple’s free App of the Week pick and not part of some magical or mysterious free daily download. The freebies are updated every Thursday afternoon in iTunes but our friends ahead of us in other parts of the world, such as BlogdoiPhone already confirmed this for us. 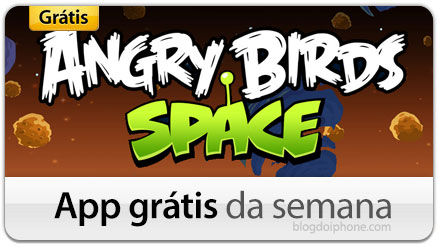 Both the iPhone version ($0.99) and HD versions ($2.99) are free and Angry Birds Space joins Angry Birds Seasons and more recently Angry Birds as free App of the Week picks. Not much to say here other than to get downloading.