With its revamped spotlight, Apple aims to make discovery better not only systemwide and on the Web, but also in the App Store. We mentioned earlier that Apple is exploring new search options, but now that iOS 8 is here, Apple’s efforts are revealed by the first beta of its forthcoming mobile OS (via MacStories).

With more than 1.2 million apps in the App Store, discovery is an issue Apple is working to solve. It has started investing in curation efforts and has hired editors who hand pick the best apps, organize them into thematic collections, etc. 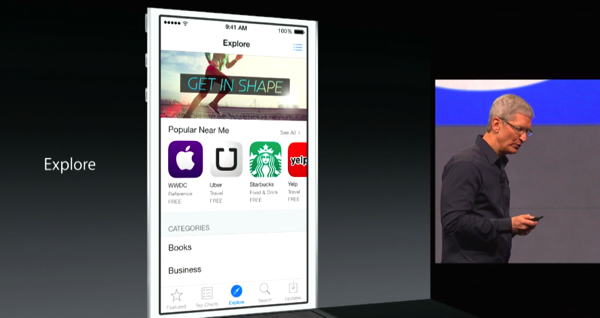 With iOS 8, that’s going to change: Apple will add a brand-new Explore section to the App Store, in which it will combine curated app collections with new sub-categories. The new section will replace the Near Me tab of the App Store, and will likely be strongly related to the quick lock-screen access to apps based on the user’s location.

It is my understanding that Explore will feature a mix of the curated app collections Apple has been building for the past couple of years and new filters for app types. Starting with the basic list of App Store categories, you’ll be able to drill down into more specific sub-categories with multiple levels of depth, such as “Music > DJs” or “Productivity > Task Management > GTD”.

Combine the App Store’s 24 existing categories with dozens of respective sub-categories, and you’ll get hundreds of micro-sections showcasing apps with similar purposes or solving similar problems. It’s a notable change for App Store organization and a welcome restructuring of collections that used to be forgotten, half-baked, and scattered across the App Store. 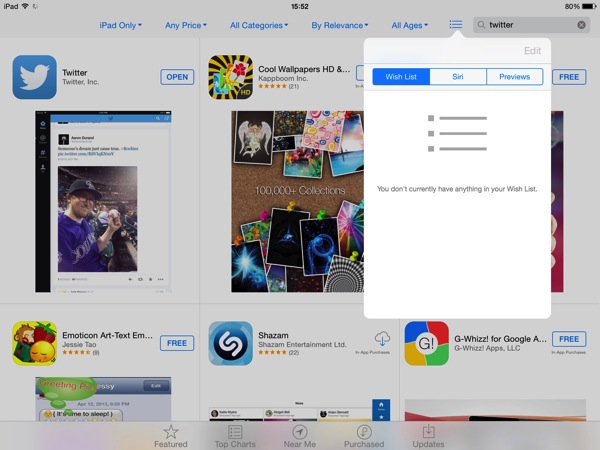 While this seems to be a plan that will materialize by the time iOS 8 exits beta, what captured our attention are the new search options in iOS 8, as well as the new Siri and Preview tabs appearing near the usual Wish List.