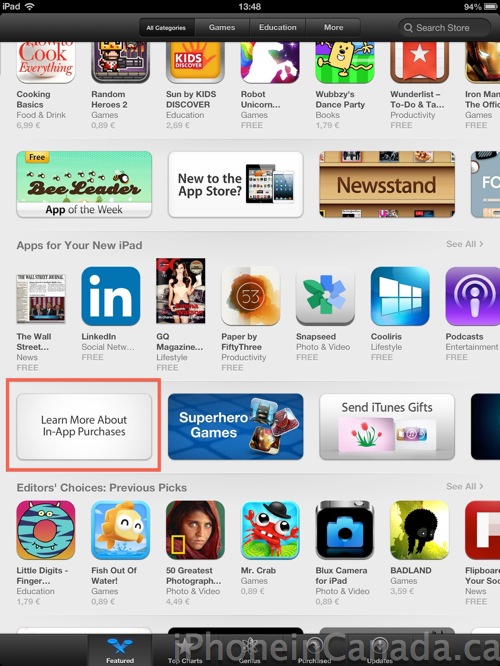 Apple has quietly introduced a new page to the App Store for iPad (via AppAdvice) that gives users more information about in-app purchases. The guide explains what in-app purchases are, what types there are, and how they work; and points to parental controls that restrict the child’s ability to make in-app purchases. 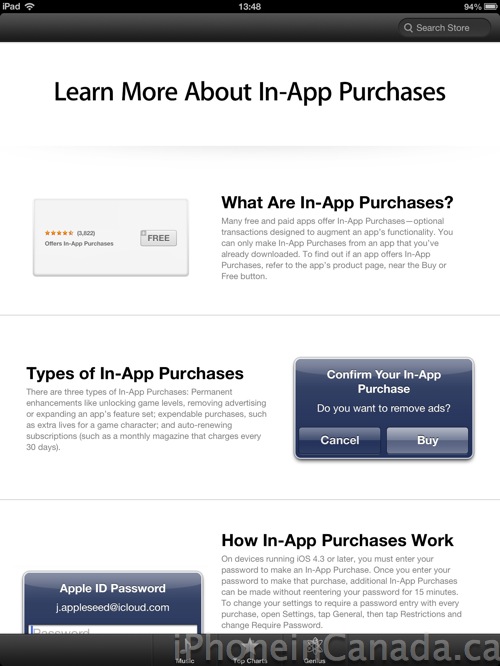 With the new mobile monetization model being in-app purchases, the slick and easy way to make a purchase within an app has become an issue for some users — parents included — as they are having a hard time understanding and preventing in-app purchases by their kids, and end up with huge iTunes bills.

We don’t have to go too far: last month, a 5-year-old child managed to spend $2500 in just a few minutes, money that went for additional content within a free iPad game. Apple was aware of this type of situation and offered a refund, but that didn’t happen until two months later. Also, a policemen reported his 13-year-old son for fraud to recover the $5600 spent on in-app purchases.