Major changes are coming to the App Store: MacRumors readers report that Apple is apparently going after popular music downloading apps, which is likely an attempt to push iTunes Radio and the iTunes Store. 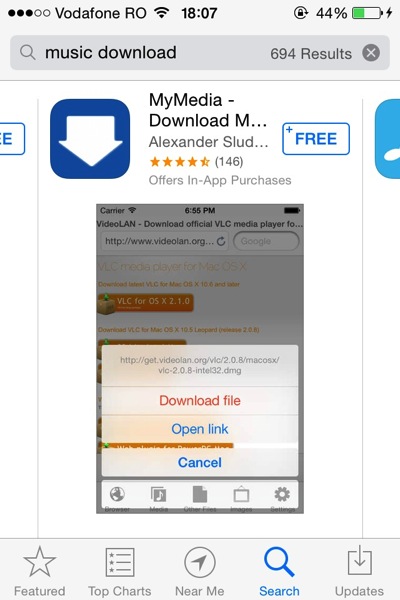 Apple appears to be removing many of the popular music downloading apps from the iOS App Store, including those that allowed users to obtain files from third-party file sharing sites. The move is likely in an attempt to push the iTunes Store and iTunes Radio, as well as to clean up the App Store ahead of an overhaul in iOS 8.

When users search for the term “music download”, Apple invites them to use iTunes Radio and then offers the apps of music streaming services such as Spotify and other apps lacking download capabilities, MacRumors informs.

This, however, seems to be US-only, since we couldn’t replicate this in the Canadian store, the simple reason being the lack of iTunes Radio support. The App Store then gives multiple results such as SoundCloud, and most of the displayed results are apps with download capabilities.

The MacRumors report comes shortly after one from TechCrunch stating that Apple was removing apps that offered rewards for social sharing. There were also rumours of a revamped search function, and an Explore tab replacing the “near me” feature.