Apple has been sued by another Chinese company owned by the government, the South China Morning Post reports (via 9to5Mac). This time, the lawsuit has been filed by a Shanghai based animation studio, who claim that Apple has sold unauthorized movies through its iTunes store. 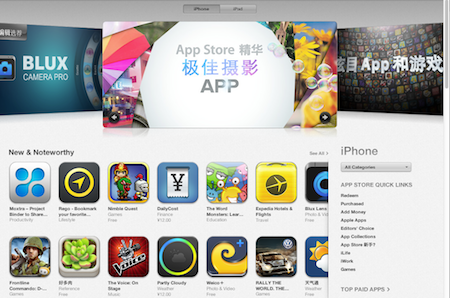 Shanghai Animation Film Studio, which stands behind movies such as The Money King, is accusing Apple and one of its Chinese subsidiaries Apple Electronics Products Commerce based in Beijing of violating intellectual property rights by “providing unauthorized download services in its App Store.”

The 3.3 million yuan ($531,000) lawsuit has been filed with the Beijing No 2 Intermediate People’s Court, and it alleges Apple and its subsidiary sold 110 movies made by the Shanghai Animation Film Studio, including Calabash Brothers and Black Cat Detective.

Apple has recently been the target of lawsuits in China as it struggles to conquer the Chinese market. The company has been publicly called out by CCTV, and then by another Chinese Communist Party–owned newspaper over its customer service policy. Another lawsuit was filed (and won) by China Encyclopedia Publishing, who also alleged intellectual property violation through iTunes downloads.