Following the official iOS 6 release a few hours ago, Apple has started pushing updates to all its official iOS apps to support the new release. We’ve already reported the Podcasts update with iOS 6 support and now, updates have been released for iPhoto, iMovie, Find My Friends, iWork (Keynote, Pages, Numbers), GarageBand and iTunes Movie Trailers (US) apps for iPhone, iPod touch and iPad. 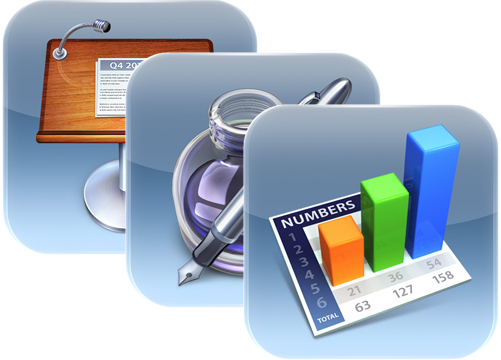 Here are the release notes via iTunes:

• Three new trailers — Adrenaline, Coming of Age, and Teen
• Add photos to any trailer and have them automatically animate with the Ken Burns effect
• On iPad, open the Precision Editor to create split audio edits
• Play clips in the Video Browser before adding them to your project
• Create a slideshow by sharing photos from iPhoto for iOS
• Tap the help icon to display Coaching tips
• 1080p HD upload resolution is now available for sharing to YouTube, Facebook, Vimeo, and CNN iReport
• Audio recordings captured in a project now appear in the Audio Browser for easy access

Added support for iPod touch (4th generation and later)
• Coaching tips have been added to the Help system on the iPhone and iPod touch
• Effects now include six new Apple-designed ink effects such as Chalk and Palette Knife
• Images up to 36.5 megapixels are now supported*
• Full resolution photos can now be imported via iTunes File Sharing
• Tag albums can be created by adding custom tags to photos
• “Updating Library” alert appears less frequently
• Multiple photos can now be saved to the Camera Roll at one time
• Cropping presets now use detected faces to determine composition
• Tilt-shift and gradient effects can now be rotated
• Facebook sharing now supports single sign-on in Settings
• Comments can be added more easily when posting photos to Facebook
• Videos can be uploaded to Facebook
• Locations and friend tags can now be set when posting photos to Facebook
• Comments and locations can be set on individual photos when sharing a group of photos to Facebook
• Any photo previously posted to Facebook can be more easily replaced with a more current version
• A notification is now displayed when an upload to Facebook completes in the background
• Photos can now be shared directly to Cards, iMovie, and other supporting apps
• Journals now include new layout options
• Fonts and alignment of text in journal items can be modified
• New style and color options are available for Note and Memory items in journals
• Journal Note and Memory items can now be resized
• Dividers can be added to break journal pages into sections to control the reflow of layouts
• A new Swap mode makes it easier to change the placement of items in a journal layout
• You can now place a pin on a journal map when no location data is present
• Links to journals can now be shared directly to Facebook and Twitter, and via Messages
• Links to remote journals can now be shared even if the journal was created on another device
• A new Publish Changes button provides control over when to update your journal
• An overlay displaying month and year now appears when scrolling in Photos view
• Photos can now be sorted by date and can be filtered using new criteria
• Photos view now includes a Power Scroll strip for high-speed scrolling
• Grid of thumbnails can now be expanded to multiple rows in portrait orientation

• Create custom ringtones and alerts for your iPhone, iPad, or iPod touch*
• Import songs from the Music library on your iOS device
• Play or record with GarageBand in the background while using other apps**
• Addresses a number of minor issues related to overall performance and stability

Pages 1.6.1 works with iCloud to make documents automatically available between your iOS device and Pages on your Mac*. Changes made to a document on one device are instantly available on the other.

[Download]
Update: We also forgot to mention the update to Remote, Cards, AirPort Utility, iBooks and iTunes U:
Cards brings support for the iPad!

iTunes U 1.3 adds support for iOS 6. This version also provides:

• A new single day view to see all of your posts and assignments due on a particular day.
• Addresses an issue which prevented Closed Captioning from appearing when available.